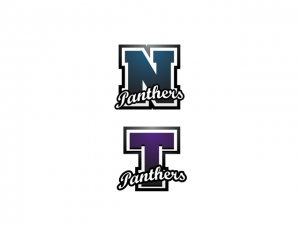 The amount of Panthers will be plentiful on Friday when Twin Valley travels from Oakwood to Saltville to take on Northwood.

Twin Valley looks to obtain its second win of the season after a 54-8 loss to Honaker last Friday night in Buchanan County. The loss to the Tigers dropped Jeremy Ward’s squad to 0-2 in Black Diamond District play this season. Twin Valley could not get out of its own way in the loss as the Panthers turned the ball over six times. Matthew Lester’s 33-yard touchdown run was the only points on the board for the purple and white.

Northwood had a week to regroup after starting the season with back-to-back losses to Twin Springs and Narrows. The Smyth County version of the Panthers struggled against Narrows in week two in a contest in which Northwood could not muster more than six yards of offense.

Tim Johnson is in his first season at the helm at Northwood. Johnson was the head coach at Patrick Henry High School from 2002-2007 where he compiled a 24-36 record. Johnson has been a part of many different coaching staffs over the years, including George Wythe, Thomas Walker, Abingdon and most recently, Lee High before being named the ninth head coach in Northwood history. Johnson’s father, Neil, was the head coach at Northwood from 1994-1997 where he posted a 13-28 record in a four-year span. Tim Johnson hopes to push his version of the Northwood Panthers into the win column this week to gain his first win as a head coach since October 19, 2007.

This will be the ninth meeting in what has turned into an annual meeting between Northwood and Twin Valley in a series that dates back to 2011. Northwood holds a 7-1 edge in the series. However, Twin Valley’s lone victory in the series came last year in a 52-30 win over Chris Duble’s Northwood squad.