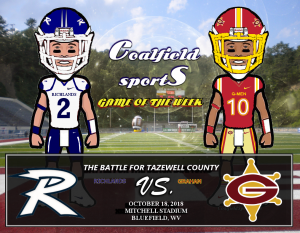 The mood tonight inside Mitchell Stadium will be a mixed bag.

On one hand, you have the marquee game of Tazewell County, as well as the Southwest District.

On, the other, you have a team in Blue who will have heavy hearts following the death of one of their classmates earlier this week.

The Blues will honor the life and memory of Justin Dye tonight by wearing helmets with his initials on the back of each one. 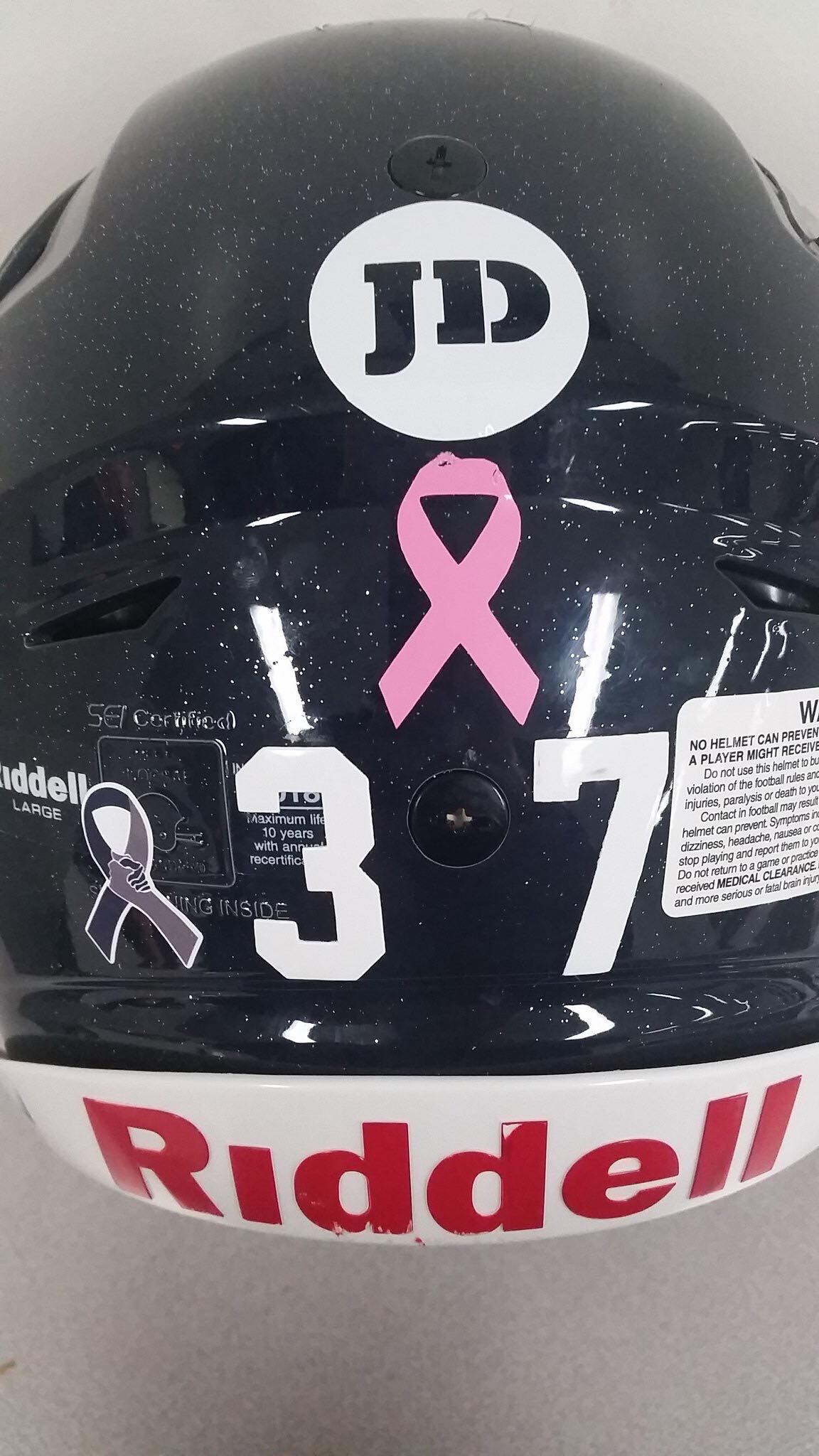 Richlands will honor their fallen classmate, Justin Dye, with a helmet decal of his initials, as well as the bullying awareness ribbon. Photo: Blue Tornado Equipment

Ultimately, it will be a football game that has trophy and playoff seeding implications that most outside of Richlands will talk about.

Graham has been rolling since an opening week loss to Bluefield. Those six games since haven’t been particularly close, either. Graham has outscored those opponents by an average of 35.5-12.

Only Giles has held the G-Men under 40 points in that stretch.

Graham is lead by senior quarterback/defensive back Cam Allen. The Purdue University commit has starred on both sides of the ball, being named a multiple-time offensive player of the week nominee, as well as winning the Week 7 CoalfieldSports Defensive Player of the Week.

Allen has over 1,900 total yards to go along with 25 total touchdowns for the G-Men.

Graham doesn’t solely rely on Allen, however. They feature a two-headed monster in the backfield behind Jazaire Reed and Richlands transfer Tre Booker. Devin Lester and Chris Shinault are the go-to wide receivers.

Richlands holds a 4-3 (2-0) record this season, while playing arguably the hardest schedule in the area.

After a loss to Bluefield three weeks ago, the Blues have answered by outscoring Tazewell and Marion 64-6.

It all starts on the right arm of senior quarterback Race Moir for the Blues and his favorite target in senior Taylor Horn, the Week 5 CoalfieldSports Offensive Player of the Week.

Converted quarterback-to-running back Trey Brown has provided a spark in the running game for the Blues this season. Richlands also features a solid supporting cast in Logan Altizer, Sage Webb, Logan Steele and Jakob Cole.

Richlands also holds the distinct advantage in the kicking game. Junior Levi “Fle” Forrest hit a school record 52-yard field goal against Bluefield this season, and boots the majority of his kickoffs into the end zone, preventing a return. That will be huge against a Graham squad that features Cam Allen as the return man.

The winner of tonight’s game will hold the inside track to the Southwest District title and will hold serve on a top 4 playoff seed in Class 2 Region D.

Kickoff is set for tonight at 7 p.m. inside Mitchell Stadium.