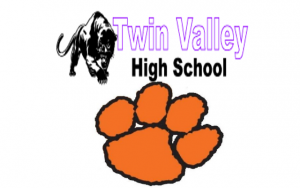 The Honaker Tigers look to get back into the win column this week as they travel to Oakwood to take on Black Diamond District foe Twin Valley.  Doug Hubbard’s squad fell a week ago to the Castlewood Blue Devils in a 26-24 contest that gave Castlewood head coach Chris Lark the first victory of his coaching career. It was the first time the Blue Devils knocked off Honaker since 2016 and the first time that Castlewood has been victorious at Fuller Field since 1991. Honaker running back Trevor Dye had 193 yards on the ground for the Tigers loss last Friday while Chandler Hubbard scored all three touchdowns for his father’s squad.

Twin Valley found the win column for the first time since October 4, 2018 last week against in a 28-7 triumph over the Montcalm, WV Generals. Xzavier Ward, Larry Justice, Dustin Jones and Wade Cantrell led the Panthers to victory. Each member of the Twin Valley quadrant found the end zone at Prudich Stadium in West Virginia. Montcalm’s Zakk Gibson put the lone touchdown on the board for the Generals.

Both teams meet with identical records and look to get a pivotal district win on Friday in Oakwood.

Honaker’s Doug Hubbard, who is in his 37th year at the helm of the Tigers, has been a part of every meeting between these two schools.

These two Black Diamond District foes have met 18 times dating back to 2001. Honaker holds a 17-1 advantage in the series. Twin Valley’s lone victory came back in 2016 when Brian Moore coached the Panthers to a 22-14 victory at Fuller Field.