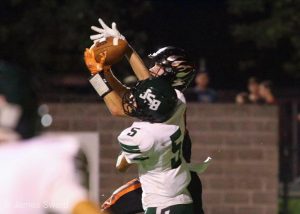 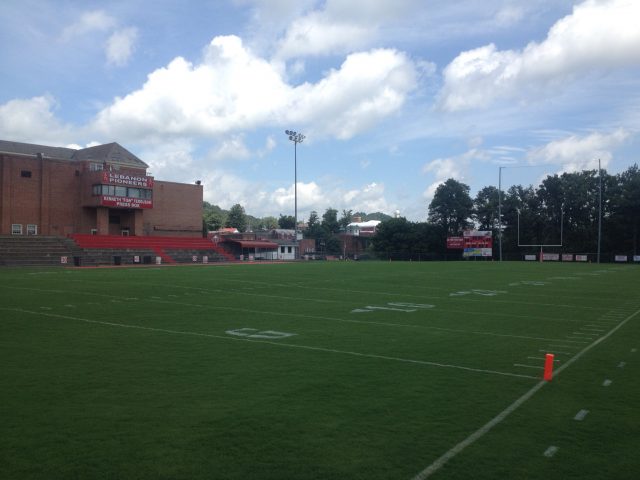 The John Battle Trojans hit the road for the third straight week as they travel north on route 19 to face the Lebanon Pioneers this Thursday.

It will be the 33rd meeting between to the two squads with the first game being played in 1963. Lebanon currently leads the series 20-11-1. John Battle has won the last two meetings, including a 61-21 victory over the Pioneers last year on Battle Hill. In a game that was closer than the final score might have indicated, Lebanon was driving for a go ahead score in the third quarter that would’ve put them ahead 28-24. However, John Battle’s Jarrett Pool stripped the ball from a Pioneer runner and ran for a 70-yard touchdown. The Trojans then rolled off 30 unanswered points in the victory.

Lebanon is led by their second year head coach Michael Webb. Last week they dropped a 43-14 decision to Grundy. Tailback Seth Stanley was once again a workhorse for the Pioneers, as he had 123 yards rushing and two touchdowns.  The Pioneer defense had trouble stopping Grundy’s Gabe Fiser, as he set a school record for the second straight week with 337 yards rushing. 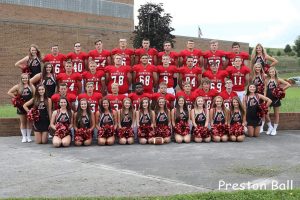 Coach Britt Stone’s Trojans were victorious last Friday for the first time in 2018, in a 37-20 victory over the Holston Cavaliers. Dylan Cunningham rushed for three touchdowns as the balanced Battle offense rushed of 198 yards and passed for 150 yards.

In a interview with John Battle Radio Network’s Tim Burnette, Coach Stone spoke about how he was happy with his team’s overall performance in the win vs. Holston.

“I was happy for the guys. It’s always good to get your first win of the season. Hopefully, we can make a run here and continue to win, and obviously that starts Thursday night at Lebanon.” 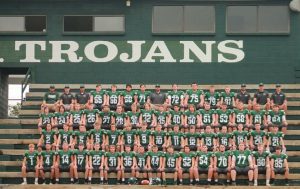 The Trojans received a boost from getting some key players back from injuries. Coach Stone mentioned his pleasure with having quarterback Walker Osborne and 6’5″ tight end/defensive end Doug Logan back on the field.

Logan and talented linebacker Juddy Shaffer will have their hands full against the Pioneer offense trying to limit Seth Stanley from continuing his exceptional senior season. Stanley currently has 471 yards rushing and six touchdowns through the first three games.

“The Stanley kid is really talented, I’m sure a lot of people remember him from last year,” said Stone. “He had a really strong rushing performance against us last year.”

Lebanon opened the season with a heart breaking rivalry loss against Russell County foe Honaker, and then the injury bug hit. They’ve dropped their last two decisions to Lee & Grundy in decisive fashion, but that doesn’t mean Coach Stone and the Trojans are taking the Pioneers lightly.

“They’re trying to bring on some young kids. They’re actually younger than we are. They have low numbers and they’re having to play some kids that would normally be JV players. I think their coaching staff is doing a really good job of maximizing the talent they have by being creative in their formations and getting the ball to their playmakers.”

Hurricane Florence has forced most teams to move their games up to Thursday.

Coach Stone touched on what the differences have been during a shortened week of preparation.

“This week we’re going to have to count on some reps that we’ve already put in the bank. Obviously, we can’t get the quantity of reps that we’d like, but the work still has to get done. There’s nothing different in playing on Thursday or playing on Friday, you still have to get ready, you have to get prepared and you have to do all the little things right. We’ll do that. We just won’t be able to get as many reps as we’d typically get in a work week.”

**Special thanks to Tim Burnette of the John Battle Radio Network, and Head Coach Britt Stone for contributing the information this this article!