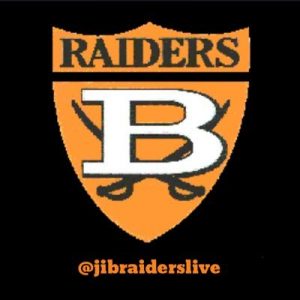 For most teams, starting a season 1-4 would foreshadow a death sentence. For the 2017 J.I. Burton Raiders, the season ended with a flurry of wins. The Raiders finished their last five games with a 4-1 record. This put the Raiders at 5-5 at season’s end, which was good enough to qualify for the playoffs. The Raiders won two road contests during the postseason, including defeating Grundy after losing handily in the regular sesson, before falling to eventual state runner-up Chilhowie. Coach Adams, a mainstay of the Burton sideline, looks to carry that late season momentum from a year ago into the 2018 campaign.

The schedule is once again brutal. The Raiders open their season at Union before making a trip the next week to Chilhowie. The Warriors return most of their team from their state runner-up team a season ago, which will be a tall task in front of the Raiders in week 2. Once Burton begins district play, the Raiders should once again battle for the Cumberland title.

Houston Thacker, who’s in his third year as the Burton quarterback, will lead the charge for the Raiders. The veteran signal caller will provide a steady hand for the Raider offense. Thacker will also lean on returning All Cumberland District fullback and linebacker Mikey Culbertson. Culbertson is a load to bring down between the tackles and brings that same toughness on defense where he is a hard hitter at linebacker. Turnout was low for the 2018 Raiders. However, in years past Coach Adams has shown low numbers does not keep the Raiders from contending. Expect that trend to continue in 2018.