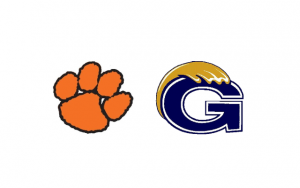 The winner of this matchup will be the favorite to win the Black Diamond District in 2019.

Grundy blanked East Ridge, KY a week ago 48-0 to get to 4-0 for the first time since 2016. It was the same song and dance for the Golden Wave in week four that it has been all season. The freshman fiasco, Ian Scammell, rushed for 205 yards and three touchdowns for Grundy as it returned from Pike County a victor.

Honaker will be well rested after its bye week last week. The last time out, the Tigers walloped Twin Valley 54-14 in Oakwood. Chandler Hubbard and Trevor Dye had two touchdowns each for Honaker. The Tigers amassed 405 yards of offense in the victory while the Honaker defense forced six turnovers and allowed just 127 yards.

Friday night marks the 26th meeting between the two Black Diamond District foes. In a series that dates back to 1935, Grundy holds a 16-9 edge. Grundy head coach Craig Plymal has yet to lose to Honaker during his tenure at Grundy. The Golden Wave has not fell to Honaker since 2015. Doug Hubbard seeks his eighth win over Grundy in his 37th year at the helm of his alma mater.