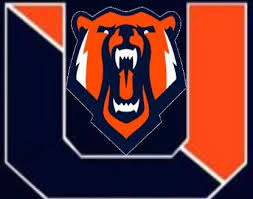 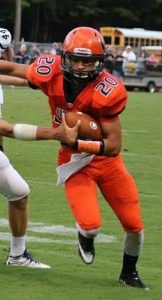 After a slow first quarter that saw the Bears manage seven points, Union came alive in the second quarter in route to a 34-6 win.

The non-conference win pushes the Bears to 3-0 going into next week’s highly anticipated district contest against the Ridgeview Wolfpack. Both teams enter the game undefeated and the winner will have the inside track to a Mountain 7 title as well as the top seed in Region D.

The Bears started out sluggish, only managing seven points on a beautiful throw from QB Bailey Turner. He hit Connor Giza to put Union up 7-0 at the end of the first quarter.

The second quarter was much kinder to the Bears. They racked up 14 points in the second frame to push the lead to 21-0 at the break. Polier added the second score on a tough 11-yard run. Turner dropped another dime to Noah Garrison for a 32-yard touchdown pass to make the halftime score, 21-0.

The third quarter proved more of the same for Union, with the Bears adding two rushing TDs to make the score 34-0 heading into the final stanza. Avery Jenkins added the first rushing touchdown of second half on a six yard dash. Bryce Guerrant, the hero of last week, added another on an 11-yard scamper to push the lead to 34-0 to end the Bears scoring efforts.

Letcher County Central added their only score of the night on a one yard  TD run by Brashear to make the final 34-7.

The Panthers turned out 100 yards on the ground, while the passing attack was non-existent with a mere 22 yards.