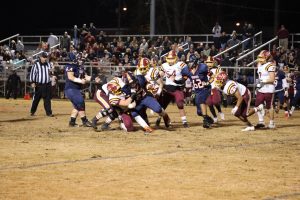 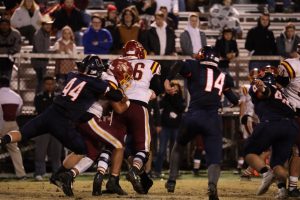 The 37-35 win over Graham back in September at Mitchell Stadium in Bluefield against Graham was one that will be talked about forever in the towns of Big Stone Gap and Appalachia. Last Fridays 48-7 loss to the G-Men was one that folks will want to forget. However, this loss will hang around until next fall when the 2020 season kicks off and the Bears can once against start their quest for a state championship. Finishing the year at 9-3 overall was a surprise to most people as the Bears were picked by some folks to finish in the middle of the pack in the Mountain 7 and only sneak in to the playoffs. A group of resilient young men took the field on hot, muggy Friday nights in August and cold, frosty nights in November to claim a share of the Mountain 7 title and earn the #2 seed in the region 2D playoffs. Even though the season ended in the same exact place it did last year and to the same opponent, coach Travis Turner and his staff were really proud of the effort he received from his guys each and every Friday night. A group of guys that were led by 15 seniors who won a lot of football games for the Union Bears. Three Mountain 7 titles, two regional titles and two final four appearances. 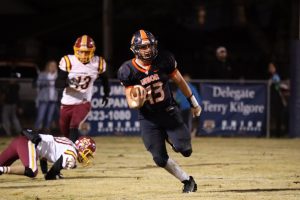 “I’m really proud of our seniors, they had a great year.” Noted Turner. “You know, we had a lot of people saying we were going to have a 4-6 season or a 5-5 season and we ended up being 9-3 and co champions of our district and a lot of that reflects on our senior leadership. The seniors have worked hard and have had great four years careers. They accomplished a lot, three district titles, two regional finals, two final fours and this senior class has worked extremely hard. I hate to see them go out like this but sometimes that’s football, it happens like that.” 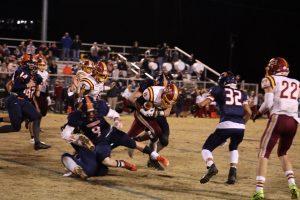 Graham allowed Union to rush for over three hundred yards back in the September meeting but kept Mason Polier and the Bears rushing attack bottled up for the entire game. Polier finished the game 45 yards rushing on 16 carries and scored the Bears only touchdown of the game. Polier added another 55 yards receiving to finish with 100 total yards in the game. Devin Lester led the G-Men with four total touchdowns. Lester ran for 152 yards and 3 touchdowns while passing for 123 yards and another score. Tre Booker tallied 89 yards and 2 touchdowns for the G-Men.

After converting a 3rd & 29 on their first drive of the game, Lester scored his first touchdown of the night from two yards out to make the score 7-0 after the PAT from Joey Dales as the score would hold throughout the remainder of the first quarter. The second quarter told the tail of the game on Friday night as Graham exploded for 35 points in the second quarter to make the score 42-0 at halftime. Union wasn’t able to register a first down in the game until a 55 yard screen pass to Polier on the first play of the fourth quarter. Five plays later, Polier would score his final touchdown as a Union Bear from 10 yards out to make the score 48-7 after Tadyn Roark knocked through his final PAT with eight minutes remaining in the game. 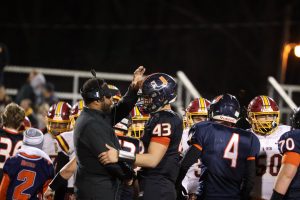 “We didn’t have many options outside of Mason at the running back positions after all the injuries to our backs, we just ran out of gas.” Stated Turner. “You know they whipped us tonight up front and we whipped them up front back in September, that’s where you win and lose these ball games. We’ve just got to go back to work and prepare for next season. We just didn’t have the firepower tonight, give Graham credit they’re a good football team.”

Union graduates 15 seniors from this team and 9 starters but has crop of Juniors and other underclassmen that have the program in good hands for next season and for years beyond.

Graham moves on to the region 2D championship game against the Wise Central Warriors. Central knocked off top seed Ridgeview last Friday night on Rose Ridge in Dickenson County. Kick off is set for 2 p.m. on Saturday at Mitchell Stadium in Bluefield.