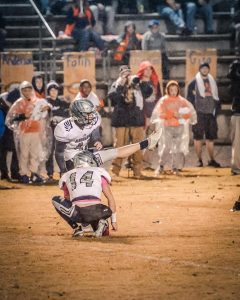 The rain was steady at Bullitt Park as Abingdon (7-2 5-0) and Union (7-2 3-2) took the field for a showdown to potentially decide the Mountain 7 district. The Falcons were back to their usual game plan.  Stifle the run, play gritty defense and take advantage of opportunities.  The Falcons did just that.  Union turned the ball over three times on their first four drives to open the game.  Abingdon capitalized on those turnovers but only put up nine points thanks to Graham Griffith’s 39-yard field goal in the first quarter and William Seymore’s score after the Falcons recovered a fumble deep in the Bears territory. 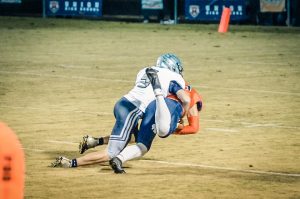 Union got in the scoring game in the second quarter with Avery Jenkins 70-yard burst around the left end to close the gap to 9-7.  A few minutes later, the Bears muffed another punt and Abingdon would recover at the 16 yard line.  William Seymore would not be denied and he spun into the endzone to put the Falcons up 16-7.  Union came back to add a field goal before the half by Falin. 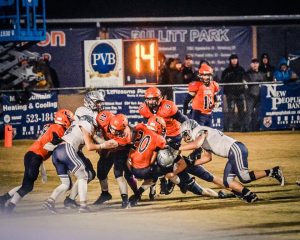 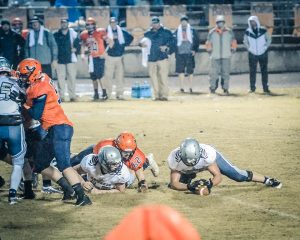 After the half, the Falcons defense seemed to take control of the line of scrimmage led by senior DE Brian Burke with 10 tackles on the night and a fumble recovery.  Running lanes were hard to come by until Martin Lucas found a seam in the Bears defense and scampered 40 yards for a touchdown to make 22-10.  Bryce Guerrant answered back for the Bears to close the deficit to 22-17. 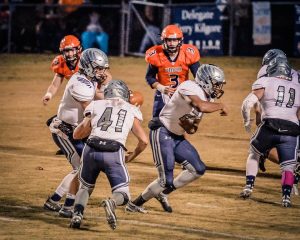 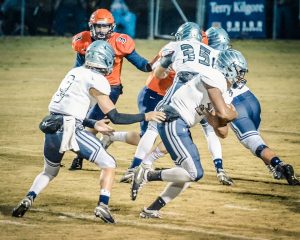 The Falcons took control of the game in the fourh quarter with two mores scores.  One by Gabe Boothe after a 7-play, 55-yard drive to plunge in to score from the one yard line and William Seymore capped off the Falcons scoring with his third score on the night from 10 yards out.  The final score Falcons 35, Union 17. 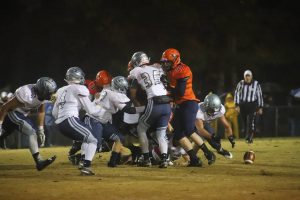 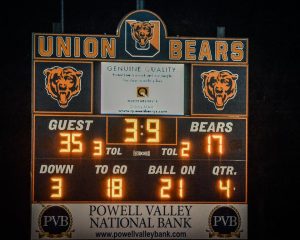