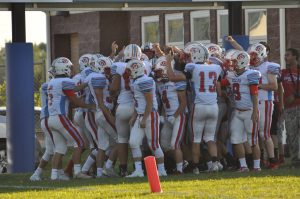 Giles (0-1) must forget about the 50-7 thrashing it took from Blacksburg last week and focus on Christiansburg (1-0). With new faces scattered across the Spartan offense, Giles must find a way to get the single-wing offense moving. The Spartans rushed for only 180 yards against the Bruins, a low number for a team whose offensive production solely comes from the ground. In 2017, Giles averaged close to 300 yards rushing a contest. 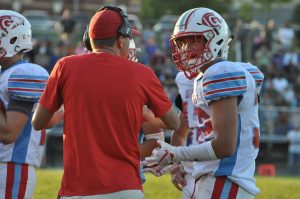 The Spartans have won five straight against the Blue Demons, but Christiansburg will be hungry for another win. Giles won last season’s contest 62-20.

Last week, Christiansburg broke their 10-game losing streak. The Blue Demons defeated Floyd 14-12 in overtime on a bobbled snap on an extra point. They were able to get the ball off the ground and complete the two-point conversion. After going 0-10 last season, the win against Floyd gives the Blue Demons confidence as they step on to Stephen C. Ragsdale Field.