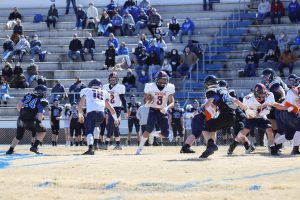 After playing the Union Bears close in two games last season, Gate City done it’s best to hang around and pull the upset against the Bears on Saturday. Union’s stout defense and the 1, 2 punch of Zavier Lomax and Peyton Honeycutt proved to be the difference as Union outlasted the Devils 26-6 inside the gates of Legion Field. 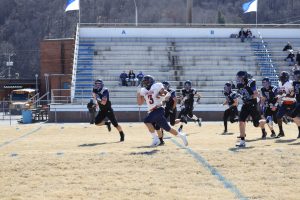 Gate City was the first to make a play on the afternoon as Carson Jenkins picked off Union quarterback Bradley Bunch on the first play of the game. Union’s defense would bail them out and soon give the ball back to their offense. Union would then draw first blood as Zavier Lomax sprinted to the end zone from 32 yards out to give the Bears a 7-0 lead. Bunch would redeem himself after throwing the interception as he threw a dart to Alex Rasnick for an 8 yard touchdown strike to push the Bears lead to 14-0 in the second quarter. The only blemish of the Union defense came on Gate City’s final drive before the half as evening as Gate City quarterback Luke Reed was able to scramble and sneak his way into the endzone from 20 yards out and cut the Union lead to 14-6 at the half. 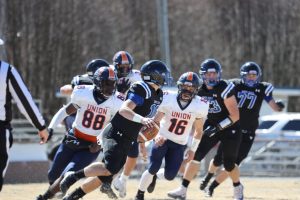 Unions defense would remain stout throughout the second half as they would turn Gate City away six of the seven trips the Devils made in to Bear territory. The heavy dosage of Lomax and Honeycutt would continue as Lomax would add his second touchdown of the game on a 11 yard run to make the score 20-6. Honeycutt would add a 7 yard touchdown run in the fourth to put the game away and push the lead to 26-6. 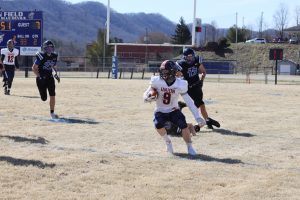 Luke Reed would finish 16 of 33 through the air for 170 yards. Eli Starnes rushed for 37 yards on 10 carries for the Blue Devils while Carson Jenkins caught 6 passes for 84 yards. Jake Taylor also added 6 receptions on the evening for 53 yards.

Union moves to 2-0 on the season and is set to travel to Battle Hill this week to take on the John Battle Trojans (1-0). Gate City falls to 0-3 and travels to Norton to take on Wise Central (1-1).