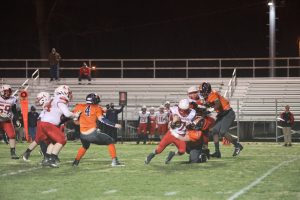 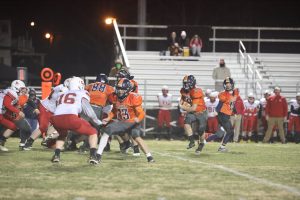 The Bucket will be staying in Big Stone Gap. Union used a ferocious defensive attack and a steady running game en route to a 28-0 season opening victory over the Lee High Generals on Monday night at Bullitt Park. The pandemic limited crowd was small but they were on their feet early as junior running back Zavier Lomax took the Bears second snap of the game 50 yards to the house to put his squad up 7-0 as Koby Crist split the uprights on the PAT. Lee quarterback Tanner Laster was constantly pressured all game. Unions defense led by Trey Smith, Landon Parsons, Tanner Jervis, Gabe Sneed and C.J. Jones held the Lee offense to just 86 yards and didn’t allow the Generals to cross midfield until their last possession of the ball game. 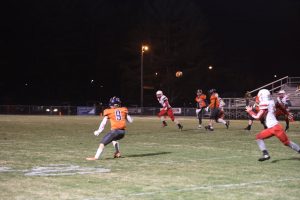 Lomax would add two more touchdown runs of 2 yards and 6 yards to push the Union lead to 21-0. C.J. Jones would add a 10 yard touchdown run in the fourth to cap the scoring for Union. Lomax would finish the game with 11 carries for 127 yards and 3 touchdowns.

Union was able to work in some key players midway through the game that had just won the state championship in basketball on Sunday while wrestler Johnny Satterfield missed the game competing in the state tournament Monday. Basketball players Alex Rasnick, Malachi Jenkins and Bradley Bunch were able to contribute in small amounts as they were eased in to action while Carson Ray, Peyton Honeycutt and Reyshawn Anderson, who are also members of the basketball team, got some game action as well. Those seven guys will be key contributors for Coach Turner as the season progresses. 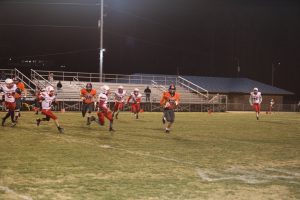 Quarterback Brody Gibson would complete 7 of 11 passes to four different receivers for the Bears. Lee quarterback Tanner Laster would complete 8 of 14 passes for 62 yards while being sacked three times. Lee will now set their sights on Ridgeview as the Wolfpack are set to invade Five Star Stadium this Saturday. Union gets a bye week and will have the opportunity to get a lot of players back in football shape. After the bye week they will travel to Legion Field to take on Gate City.