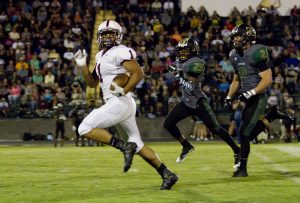 Galax and Auburn are set to square off for the second time this season and the 27th time overall. This will be the first ever meeting between the two schools in the playoffs. Galax has won 5 out of the last 7 meetings between the two and have won three in a row, including a 55-14 win over the Eagles back on October 25th. Auburns last win over the Maroon Tide was in September of 2008. A 21-6 victory at Henry Sink Memorial Field in Riner. Galax has won 17 of the 26 meetings between the two teams that dates back to 1984. 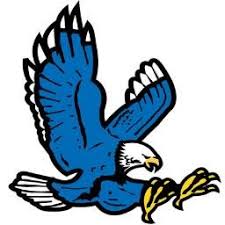 In last weeks 44-12 opening round win over Covington, Auburn held the Cougars scoreless in the first half and opened up a 20-0 lead at the half. Quarterback Payson Kelly rushed for a touchdown for Auburn who also got touchdowns from Malachi Spencer and Carson East. The victory moved the Eagles to 6-5 overall on the year and also gave them their first playoff victory since 2014. 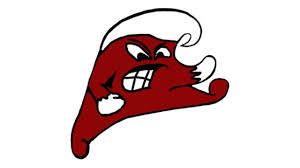 Galax ignited for 28 points in the first quarter of last weeks 56-7 win over Eastern Montgomery. Cole Pickett completed only 6 passes for 2 touchdowns and 121 yards. Pickett also carried the ball 3 times for 3 touchdowns. Denver Brown racked up 108 yards rushing and scored a touchdown. Keaton Beeman also added a touchdown for the Maroon Tide and added 76 receiving yards. Galax produced 322 yards of offense while holding the Mustangs to 135 yards and forced them to commit two turnovers. The win moved Galax to 9-1 overall on the season.

The winner of this semifinal contest will lock horns with the winner of #2 seed Narrows (11-0) and #3 seed George Wythe (8-2) in the Region 1C championship. Kickoff will be Friday night at 7 p.m. at Galax Athletic Field.