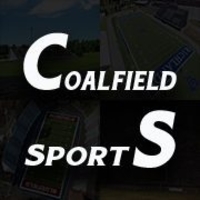 A win tonight in Buchanan County could take the Central Warriors to heights they have previously been unaccustomed to. Grundy alum Luke Owens has the Warriors rolling into Buchanan County with a 7-2 record, having won its last four contests.

The Warriors were able to knock off Mountain 7 foe Gate City last week in a 35-21 contest at Legion Field. Central ran the ball for 375 yards behind stellar performances from C.J. Crabtree (138 yards), Matthew Boggs (113 yards) and Noah Bolling (95 yards). While Bolling may have had the least amount of yards of the tremendous Wise County trio, he sniffed out the end zone three times on the afternoon. Boggs picked up two rushing touchdowns of his own for Luke Owens’ squad. Behind the stout Warriors backfield, the Central offense accumulated 410 yards of offense.

Standing in the way of some new program highs and potentially a home playoff game for Central is the Grundy Golden Wave.

It has been a tale of two seasons for Grundy. The Golden Wave started out the season on a strong current, crashing out to a 4-0 start. However, since its September 20th victory over East Ridge, KY, Grundy has dropped their last five outings. The five game losing streak is the longest during Craig Plymal’s tenure as head coach of the Golden Wave and the longest since 2015 when the Golden Wave dropped six in a row to end their season. Plymal and the gang will try to avoid that landmark when the Golden Wave welcomes back to town one of its finest sons.

Last week, Grundy renewed an old Southwest District rivalry when it travelled to Witten Field to take on the Tazewell Bulldogs. However, J’me Harris and the Bulldogs rode the Wave well on its way to 42-18 victory. The bright spot for Grundy was 117 rushing yards from its freshman standout Ian Scammell—43 of which came on a touchdown scamper. Tyler McCoy was on the end of two touchdown passes from Scammell. The Golden Wave racked up 204 total yards of offense in its fifth straight loss.

Grundy is virtually eliminated from the VHSL 1D playoffs, where they currently sit in the power points at 12th. However, with a win tonight, Central could clinch the opportunity to host its first playoff game in program history. The Warriors currently sit in fourth in the VHSL 2D power points.

Friday night will be the fifth time these two teams have met up in a series that dates back to 2015. Central holds a 3-1 advantage, with Grundy’s lone win in the series coming back in 2016.

Friday night is one that the folks in Central could be talking about for a long time. However, the Golden Wave would love to suck those high hopes of the Warriors right down in the middle of a Slate Creek riptide.