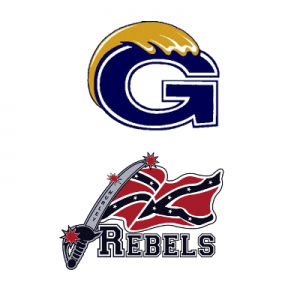 Nelson Memorial Field will be Buchanan County’s grandest stage on Friday night when Hurley makes the 12-mile trip across Slate Creek to do battle with Grundy.

These Buchanan County foes both look to get back into the win column on Friday.

The bye week came at the right time for Austin Cooper’s Hurley Rebels. After opening Cooper’s inaugural campaign 2-0, the Rebels have lost two in a row to Patrick Henry and River View.

The last time the Rebels took the gridiron was in Bradshaw when they fell to River View in Bradshaw, 40-34, in three overtimes.

Hurley was led in the overtime thriller by Matthew Blankenship, who toted the rock 30 times for 134 yards and two touchdowns, and John Matt Justice, who accumulated 116 yards on 15 carries.

Grundy will round out Black Diamond District competition with Friday’s matchup with Hurley.

Craig Plymal and the Golden Wave hope its latest district contest goes better than its last.

Grundy was bamboozled and upset by Honaker last week at Fuller Field by a score of 50-26.

The Golden Wave struggled to stop the Tigers running attack on its way to 452 rushing yards.

Grundy running back Ian Scammell capped the night off with 98 yards and a touchdown on the ground. Jake McCoy accounted for a rushing touchdown and a receiving touchdown for the Golden Wave.

Friday’s contest marks the 30th meeting in a series dating back to 1952. Grundy leads the series 23-6. Hurley is looking for its first win in the series since 2016.