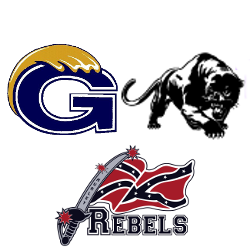 In 2014, Twin Valley went to Nelson Memorial Field and handed Grundy a 28-0 loss. It is the only win for the Panthers in the 13 meetings that date back to 2001. The head coach for Grundy on that night in 2014 is now the headman in Oakwood. Jeremy Ward kicks off the second year of his tenure at Twin Valley on Friday when the Golden Wave of Grundy travels up Route 460 in the latest edition of this Buchanan County rivalry. Ward would love nothing more than to start the season with a win over his alma mater. Twin Valley has started the last two seasons with a win. However, the last time the Panthers were dealt a loss in the season opener was against Grundy in 2016. After a 4-6 campaign in 2018, the Panthers look to fill the void of Tylor Keen and Brandon Lester. Look for Xzavier Ward to play a big role for Twin Valley this season.

Craig Plymal is in his fourth season at the helm of his alma mater. The former Concord standout looks to get into the win column in the opening week for the first time since 2016. Coincidentally, that opening win in 2016 was against Twin Valley in a 19-12 win to open the Plymal tenure. The Golden Wave looks to avenge a loss to Richlands last week in the benefit game in which it was shut out by a score of 38-0. Grundy has a big hole to fill in the backfield as it lost record-setting running back Gabe Fiser to graduation. Plymal’s posse wrapped up 2018 with a 7-5 record, which included the Golden Wave’s first playoff win since 2010.

For the third straight season, Hurley will have its third different head coach. Anthony Church’s tenure with the Rebels in 2018 concluded with a 4-6 showing. After Church’s resignation, Austin Cooper is now the headman in Hurley.  Cooper was the offensive coordinator under Church a season ago. The former Rebels quarterback assumes the head coaching position at 24 years of age. Make no bones about it, he is no stranger to the program. In addition to playing and being an assistant coach for the Rebels, Cooper’s connection to the program goes back to the days of his early youth. His father, Mark, was the head coach of the Rebels from 1998-2001. Hurley has not dropped the opening game of its season since a 2012 loss to Eastside, where the Rebels fell 48-22. On Friday night, the Rebels welcome Tug Valley across the state line for battle. Tug Valley leads the series with a 1-6 record through seven meetings. The lone Hurley win came back in 2005 when the Rebels won a 44-6 decision in Naugatuck, WV. The new era in Hurley looks to start with a win for the eighth consecutive season while handing Tug Valley its first loss at the Cliff.

Tug Valley will also usher in a new era on Friday night. Hady Ford takes the reigns in Naugatuck after the seven year stint by Tony Clusky. Tug Valley posted a 4-6 record in 2018 and missed the playoffs for the first time since 2013. Ford, the former Matewan standout, hopes his team can win its opening contest for the third consecutive year. After years as an assistant at Matewan and Mingo Central, Ford is hopeful for success in his first year at Tug Valley.