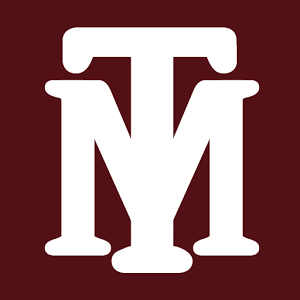 The saying, ‘It’s hard to beat the same team twice,’ was not the case for the Maroon Tide. After escaping with a 21-14 victory in week seven, Galax blasted the Maroons 42-14 in the post season rematch. Blake Brown and Caxton Vaught combined for 349 rushing yards and four touchdowns to lead top-seeded Galax (10-2) over George Wythe (7-5).

After forcing the Maroon Tide to go three-and-out on their first possession, GW quarterback Cole Simmons marched the Maroons into Galax territory. He used his legs on a 3rd-and-11 and ran for 22 yards, down to the Tide 43-yard line. After a few short completions, GW found themselves 4th-and-2 at the Galax 35-yard line. Simmons handed the ball of to running back Ravvon Wells but the Maroon Tide defense wrapped him up in the backfield forcing a turnover-on-downs.

On the next possession for Galax, Brown carried the ball five times for 63 yards and scores from two-yards out. Maroon Tide jump out to a 7-0 lead late in the first.

GW was pinned deep on their next possession starting at their own 5-yard line. After a quick three-and-out, the Maroons attempted to punt the ball but it was blocked. However, Wells picked up the blocked punt and advanced it to the 28-yard line, giving the Maroons a fresh set out of downs.

Galax got the ball back and quarterback Cole Pickett, who scored five total touchdowns against East Montgomery last week, went to work. After a series of completions, Pickett connected with Landon Dickson from 14-yards out, extending the lead to 14-0 early in the second. Brown added another score for the Tide with 8:07 remaining in the half.

After trailing 21-0, the Maroons finally got on the board when Simmons plunged in from four-yards out. Galax led 21-7 at the break.

On the Maroons first possession of the second half, Simmons got thumped in the backfield and fumbled the ball. Galax recovered the fumble at the Maroons 19-yard line. Cade Ashworth, who forced the fumble, scored two plays later on a 17-yard pass from Pickett.

Leading 28-7, it looked like Galax might pull away in this one. That was until Simmons connected with Jaquez Younger who took it 87 yards for the score with 6:50 remaining in the third. That would be their last score as they trailed 28-14.

The next quarter and a half was all Caxton Vaught. He scored from 45-yards out late in the third and closed the game with a 7-yard touchdown run with 1:27 remaining in the game.

Galax returns to the Region 1C championship to face Narrows. This will be a rematch from last year’s region championship where Galax edged Narrows 28-27.