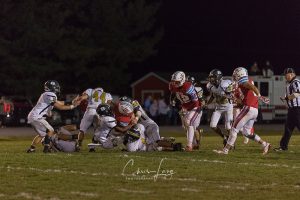 The last time Giles and Radford played at Salem Stadium they were playing for a state championship. Radford lost their state game to Essex in 2009 and Giles topped Brunswick in the 2013 version of the state championship. Unexpectedly, the two teams return to Salem to battle each other this Friday.

The game was scheduled to happen at Radford High School, but due to some electrical issues, the Bobcats chose to move the game to a neutral location. Both teams will travel an hour up I-81 for this Three Rivers District contest.

After a 1-4 start last season, Radford has shown great improvements winning four out of their first five games this season. Their only loss was to 1A powerhouse Galax. P.J. Prioleau is the player to watch in this weeks contest. P.J. is the son of former Virginia Tech defensive back Pierson Prioleau. Pierson also played twelve seasons in the NFL as a member of the New Orleans Saints, highlighted by a Super Bowl XLIV victory over Indianapolis. He is now an assistant to the Bobcat coaching staff. 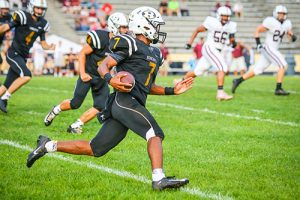 If the Spartans key in on Prioleau, Radford has another weapon in the backfield in quarterback Zane Rupe. Rupe completed 45-74 passes for 510 yards and five touchdowns through five games. The Bobcats only threw the ball five times against Alleghany but they were all complete. 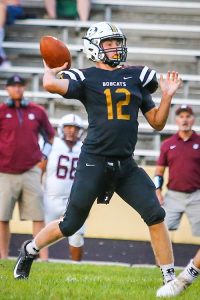 Giles (3-2, 1-0) look to keep the win streak alive against the Bobcats despite battling the injury bug all season. The Spartans won seven straight with the last three victories coming by 14 points or less.

While Giles does not have a standout running back like years past, they do have multiple athletes that are ranked in the Timesland for rushing yards. Sophomore Chaston Ratcliffe led the way for Giles in their first three games. Ratcliffe rushed for 373 yards on 77 carries before getting injured in week three against Graham. Ratcliffe did return to action against Narrows and Floyd but his carries were limited. 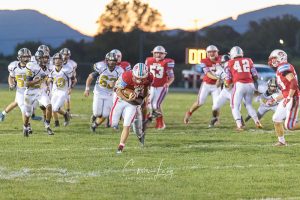 Sophomore Logan Greenway accounts for 462 rushing yards through five games. Greenway got his first start in the second half against Graham where he rushed for 120 yards in Giles’ second loss of the season. He did not disappoint in the following week against county rival Narrows as he scored the game winning touchdown to top the Green Wave. He rushed for 147 yards in last week’s 24-21 victory over Floyd.

Fullback Hunter Williams and wing-back Chase Fleeman have 450 yards combined for the Spartans.

This series dates back to 1979 where Radford leads 29-28. Before the rise of Glenvar, the Spartans and Bobcats were usually the front runners in the Three Rivers District until Radford dropped off. With a win over Giles, they have a chance to sit at the top again.