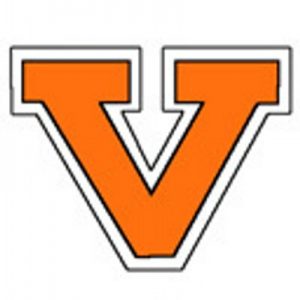 Due to Hurricane Florence, the Virginia High Bearcats contest with the Wise-Central Warriors was moved to Thursday night. However, the Bearcats stayed true to their M.O. so far this season. After scoring two touchdowns in their first five offensive plays and building an early 27-7 lead, the Bearcats had to fight to hold on for a 14-point win over the young but resilient Warriors.

The game was not put away by the Bearcats until freshman running back Stevie Thomas scored on a 26-yard touchdown run, with less than two minutes to play. Thomas rushed for 137 yards and two touchdowns on 10 carries. Virginia High quarterback Jamie Lathrop was 12-16 for 156 yards and three touchdowns to lead the Bearcat offense. Junior receiver Hunter Wright hauled in two of Lathrop’s touchdown passes while senior Austin Davidson was responsible for the other touchdown catch.

Davidson also added his fourth interception of the young season, returning it 75 yards for a Bearcat touchdown. Seniors Aaron Rose and Colton Ratcliffe led the Bearcat defense with 11 and 10 tackles, respectively. Rose added 5 tackles for loss.

The Warriors were led on offense by quarterback Isaiah McAmis, who had 159 passing yards to go along with one passing touchdown and a rushing touchdown. Running back CJ Crabtree added two touchdown runs for the Wise-Central offense.

Warrior head coach Luke Owens, was happy with his young team’s performance against the experienced Bearcat squad. Owens told the Bristol Herald Courier that he felt that his team “grew up a lot against a very good team.”

Virginia High head coach Michael Crist felt that his team looked great in spurts, saying “After looking at the Wise film, we showed flashes of being the team we think we are capable of being. We have to be able to play at that level for 48 minutes moving forward.  With that being said, it’s very small, correctable things that are keeping us from producing at a high level throughout the game,” Crist said. “We started the game as healthy as we have been this year, but were two starters down in the second half.  So the off-week is coming at much needed time, we look forward to getting healthy and preparing for a tough second half schedule.”

The Bearcats (3-1) head into their bye week, looking to prepare for a tough stretch of games coming up, beginning with a showdown on September 28th at 1A powerhouse Chilhowie.

Wise-Central (1-2) looks to bounce back at home this week against another strong non-conference opponent in the Graham G-Men.

Don’t forget Bearcat fans, you can listen to ALL Bearcat football games from your favorite device at Spreaker.com/bearcatradio

One thought on “Bearcats hold on to defeat Wise-Central, 41-27”