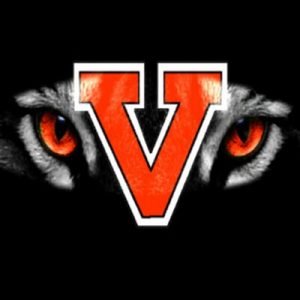 Seniors Austin Davidson, Colton Ratcliffe, Jamie Lathrop and Aaron Rose, put on a show to help announce Virginia High’s arrival amongst the top group of teams in southwest Virginia. Behind Rose’s 174 rushing yards and two touchdowns, the Virginia High Bearcats jumped out to a 30-7 lead. They then fought off a furious rally to hold on for a 37-30 victory against the much improved Tazewell Bulldogs.

The Bearcats showed on the first play of the game they could make an impact. Davidson ran back the opening kickoff 85 yards for a touchdown to give VHS a 7-0 lead–16 seconds into the game. After a defensive stand, the Bearcats’ offense took the field and drove down inside the Bulldogs’ 5 yard line. However, the Tazewell defense stood tall and held the Bearcats to a 21-yard Ratcliffe field goal.

After the ensuing kickoff, the young Bulldogs showed why the future looks bright in Tazewell. Sophomore quarterback Jamir Blevins connected with Josiah Jordan on a 76-yard touchdown pass to bring Tazewell back within 3 points at 10-7. On the next drive, Rose outran the Tazewell defense for a 67-yard touchdown to extend the Bearcat lead back to ten. Rose found the end zone again on a 6-yard plunge early in the second quarter. On the following series, Virginia High  junior Michael Bradley intercepted a Blevins’ pass and returned it 27 yards for another Bearcat touchdown to extend the Bearcats lead to 30-7. Then, Tazewell showed their own ability to light up the brand new scoreboard at Bulldog Stadium.

Sophomore Chancellor Harris scored on a 1-yard touchdown run and a two-point conversion to pull the Bulldogs to within fifteen at 30-15. Bearcat QB Lathrop answered with a 58-yard touchdown pass to freshman Ajaani Delaney to push the Bearcat lead to 37-15.

The Bulldogs’ playmakers responded when Jordan scored again on a nine yard touchdown run. Harris added another two point conversion to send the game to halftime with a score of 37-23.

The script flipped in the second half, after the shootout that was the first half.

While the third quarter was scoreless, the Bulldogs continued to climb back into the game early in the fourth quarter. An 8-yard touchdown run by Harris put the first second half points on the board. After the successful extra point, the Bearcats’ once seemingly insurmountable lead had shrunk to only seven points by the resilient bunch from Tazewell. From that point, both teams played a field position battle.

The Bearcats were backed up deep in their own territor  late in the game. Ratcliffe, however, came through with a clutch 60-yard punt to give Tazewell one final chance for a game tying drive. As the Bulldogs’ offense moved toward midfield, Blevins threw a deep pass down the middle that was tipped and intercepted by senior cornerback Taurean Bizzell. The Bizzell interception put the final nail in Tazewell’s chances for a completed comeback.

After the week one show down with Tazewell, coach Michael Crist offered his thoughts:

“I was very proud of the effort and toughness our guys displayed Friday.  We got off to a great start and played 47 of the first 50 snaps like the team I think we are capable of being this year.  We did have some lapses on both sides of the ball that started to let Tazewell back in it. Give them credit, they are good enough and incredibly athletic that if you don’t fit up perfectly defensively, they will make you pay.  Coach Harris and his staff are doing an incredible job there.  I was thrilled with our special teams play.  It’s always concerning coming into the first game because you haven’t really done much live kicking work.  I was thrilled with the productivity of our return game, Austin Davidson is tough as nails back there.  Offensively, Aaron Rose and Michael Bradley gutted it out in the backfield as we were down a tailback, on top of playing nearly every defensive snap.  Aaron’s long run and Michael’s pick six proved to be huge for us.  As is always the case, we have a lot of improvements to make but I was incredibly pleased with our effort and toughness.” 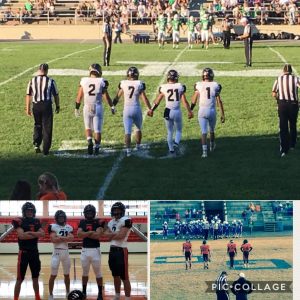 The Bearcats move to 1-0 (1-0) on the young season. Week 2 matches the Bearcats up with their longtime rival and next door neighbor, the John Battle Trojans in the home opener for Virginia High. Tazewell, 0-1 (0-1), looks to rebound in Week 2 against Southwest District and county foe, the Graham G-Men.

Don’t forget Bearcat fans, if you can’t make it to the field on game days, every VHS football game this season will be broadcast live on Bearcat Radio