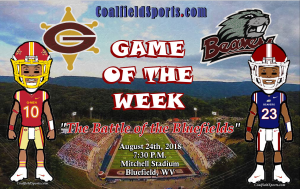 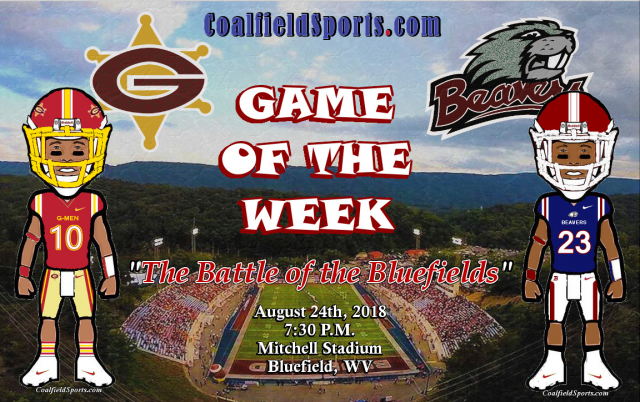 The annual crowd has descended on the Bluefields.

Stadium Drive is taking shape. There are fresh beavers and G-stars painted on the pavement leading to Mitchell Stadium. The Bluefield Preservation Society’s first annual “Tailgate of the Two Virginias” is set up on the Virginia side of the parking lot. The Coalfield Sports Game of the Week is one of the most anticipated games, not only in the two Virginias, but in the entire country.

The hype surrounding the Graham/Beaver or Beaver/Graham game is always deserved — no matter the year.

This year is no different. Especially after last year’s dramatic game .

The only difference between the two team’s regular season resumés in 2017 was the Beavers 17-14 victory over the G-Men to open the season. Both teams matched each others blows, but Bluefield’s Kaulin Parris’ 34 yard field goal in the fourth quarter proved the be the difference. However, it still took a goaline stand in the final minute of the game to decide it. Those on hand at Mitchell Stadium saw Kennedy Award winner Mookie Collier strip Graham’s standout FB/LB Dante Vineyard to preserve the win. 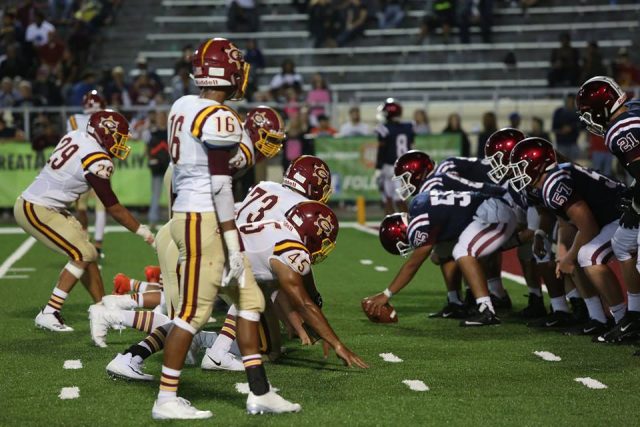 Here we are, a year later, with another anticipated matchup in the “Battle of the Bluefields.”

Bluefield, the defending AA state champions in West Virginia, begins the 2018 season with a highly experienced team. The Beavers are expected by many to make another run to Wheeling Island Stadium in December to defend their title.

The Beaversvhave to find a way to replace the production left by the departure of Pitt fullback Jason “Truck” Edwards, & Marshall tailback Mookie Collier.

Truck Edward’s brother, Ja’mere “Juice” Edwards, returns this season to lead the Beavers backfield. Juice will have the pleasure of running behind one of the most impressive offensive lines in the two Virginias. That offensive line, led by seniors Mason Walker, Nathan Pettus, & Deiyantei Powell, will rival the size of some collegiate teams. 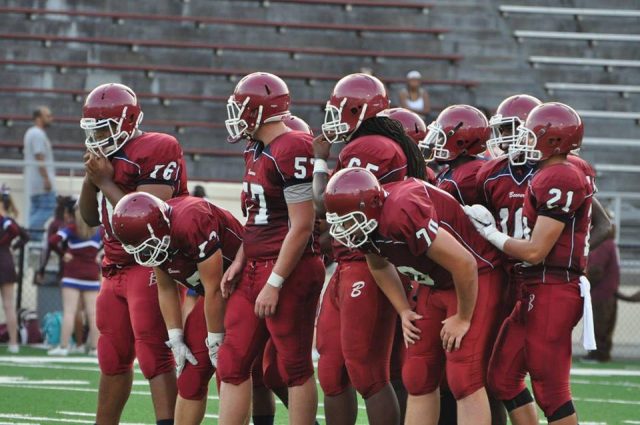 Chandler Cooper will be the second-year signal caller for the Beavers. Cooper has a talented receiver to throw to in sophomore Isaiah Johnson.

Johnson, a division 1 prospect who holds five division 1 offers, will look to lock down the Graham receivers from his cornerback spot. Arnold Martin and Drake Mullins will head the Beavers front seven from their linebacker positions.

Expect them to have their hands full in this game, chasing Graham’s Jaziere Reed from his running back position. Reed, who is coming back from an ACL tear, showed flashes of his ability last week in the VHSL benefit game vs. Gate City, where he broke numerous long runs.

The G-Men, who finished the season at 11-2 after a region championship loss to Union, are glad to have Reed back after he missed the final nine games of 2017.

Another challenge for the Beavers’ defense will be trying to contain Graham senior quarterback Cameron Allen. Allen is an explosive athlete who made his commitment to play defensive back next fall at Purdue University of the Big 10 conference.

Allen will look to get the ball on the outside to slot receiver Devin Lester. Graham hopes Lester can fill the shoes of Taymon Cooke, a first team all-state selection last season, who is currently on the Marshall Thundering Herd roster. 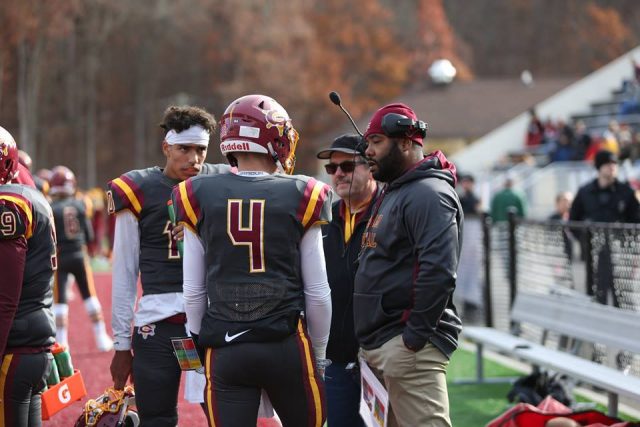 Kaulin Parris will handle the kicking duties for the Beavers. Joey Dales lends his powerful leg to the G-Men.

The city of Bluefield is expecting another 10,000+ crowd for the game. If you can’t make it, the game will be lived stream for free on www.greatamericanrivalry.com & on Facebook.

If you can make it, expect the normal traditions. The ticket line stretching down the hill towards Bowen Field & cars parked all the way to route 460. The bands will play, cannons will fire and the Marines will be present for the coin toss.

At 7:30 P.M. the state lines will clash for bragging rights for the 91st time.