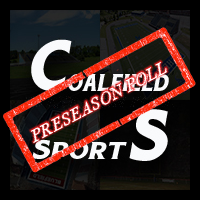 Today is the final day of our district poll series. We’ll be releasing the remaining three districts today, starting with the Hogoheegee.

The Hogo used to run straight through Wytheville. However, with George Wythe’s move to the Mountain Empire District, it’s opened the door for new blood at the top.

But who will our experts pick this year?

It’s not hard to understand why the Warriors are tops on our list.

Chilhowie is coming off of a Class A state title appearance and were the last remaining team from the Coalfields last season.

They return virtually every player who made an impact last season and have one of the top backfields in the area.

We aren’t saying Chilhowie goes through their schedule unblemished, but don’t be surprised if they do.

Their biggest threat in the Hogo is Patrick Henry. The Rebels have enjoyed quite the renaissance in the last several years.

Look for quarterback Brady Stiltner to lead the Rebels back to the postseason in Region 1D.

Northwood and Holston rounded out the poll.