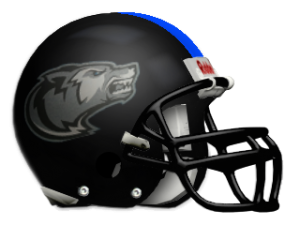 A good crowd was on hand for Friday’s scrimmage

Heading into the 2018 Ridgeview Wolfpack football season, all the talk centered around sophomore sensation running back Trenton Adkins.

However, it was another running back whose star shone the brightest during the Wolfpack’s scrimmage with the Lebanon Pioneers on Rose Ridge Friday evening.

Senior Matthew Sexton, a transfer from Eastside, ran through, around and over the hapless Pioneers on his way to a 60 yard touchdown during the untimed portion of the scrimmage.  Sexton would go on to add two more scores during the timed portion of the scrimmage, from two yards and 43 yards, respectively.  Sexton also showed his prowess on defense, delivering several bone jarring hits from his linebacker position to Pioneer receivers. 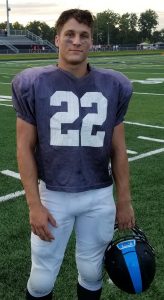 Overall, it was an impressive showing for the Wolfpack.  With the scrimmage now in the rear view mirror, here are some other highlights and takeaways from the opening taste of football for the 2018 season.

Next up for the Pack is a benefit game next Friday against the defending 1A runner up Chilhowie Warriors.  The game against the Warriors is highly anticipated and promises to be a tougher test for the Pack in preparation for the season opener against Grundy.

4 thoughts on “Ridgeview vs. Lebanon Scrimmage — News and Notes”