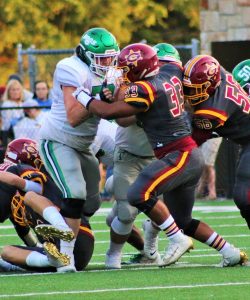 Tazewell/Graham, David vs. Goliath, is set for this Saturday at Mitchell Stadium.

It’s a tale of two different programs as these two county rivals are set to clash in the VHSL Region 2D playoffs. One team is coming off of a storied State Championship season and looks to repeat while the other playing in its first playoff game since 2014.

Coach Tony Palmer’s Graham G-Men hopes to continue their dominance over county and district rival Tazewell after posting an 8-2 regular season record and earning the 3 seed in the Class 2A Region D playoffs. One of those wins is against this Tazewell team at a final score of 45-0.

Old Dominion-commit Devin Lester, who is both electric and accurate at his quarterback position, leads the G-Men offense. Lester, the frontrunner for Southwest District player of the year, has been a problem for both offenses and defenses throughout southwest Virginia all season long.

In addition to Lester, Graham’s high powered offense features Marqus Ray, Xayvion Turner, Isaiah Justice and senior running back Tre Booker. The G-Men are led in the trenches by 6-foot-7, 280-pound sophomore Brody Meadows. The defending state champions are tenacious on defense and it all starts with their two senior linebackers; Aaron Edwards and Nick Kestner. 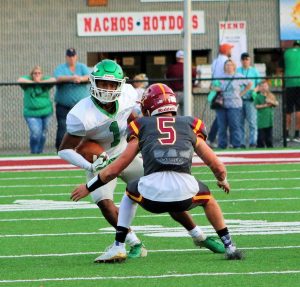 Tazewell hopes to play the spoiler role on Friday against its county foe. Coach J’me Harris’ Bulldogs locked up their first winning season since 2008 hope to expand on that this Saturday. Harris took over the reigns as head signal caller for the Dogs in 2017 and has the program heading in the right direction as Tazewell is in the playoffs for the first time in five seasons.

The Bulldogs are led by junior standouts Gavin Nunley and Josiah Jordan. Nunley has rushed for over a 1,000 yards this season. Jordan plays all over the field and has proved to be electric this year. The Bulldogs have a host of other offensive firepower including; running back Cade Myers and receivers Cassius Harris, Tyler Puckett and Ethan Mills. Tazewell’s defense is led by seniors Myers and Cam Taylor at the linebacker position. Harris’s squad is led on the line by Octavius Pridgen and big, 6-foot-7 Josh Herndon.

The Bulldogs have many players out due to injury; including Chancellor Harris, who led the team in rushingyards and tackles in 2017 and 2018. 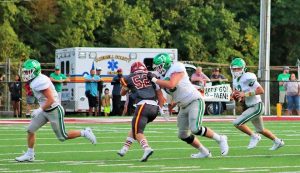 Will the G-Men continue their dominance and march onward to another state championship campaign? Or will the Bulldogs claim the upset and start a run of their own? We’ll find out this Saturday!

One thought on “Graham, Tazewell to meet for the 100th time”