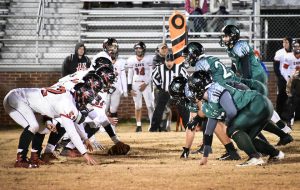 Two weeks ago Derrick Pattersons Holston Cavaliers invaded Carl McConnell stadium and shut out the Eastside Spartans in the second half en route to a 40-22 victory. Now this coming Friday, the Spartans are eager to return the favor to the Cavs in the opening round of the Region 1D playoffs. In what will be the fourth matchup between the two schools, Eastside is looking for their first victory over Holston since 2017, the first matchup between the two. Holston has won the previous two games by margins of 16 and 18 points. 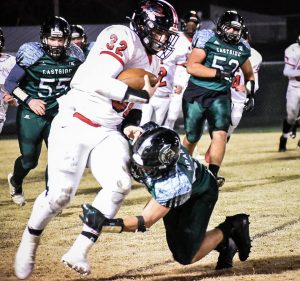 Back on November 1st Holston (6-4) took a 24-22 lead in to the locker room at halftime over the Spartans and used a strong defensive effort in the second half along with a touchdowns from Logan Walden and Jordan Ezzell to pull away for the 40-22 win. Ezzell rushed for nearly 100 yards and two touchdowns in the matchup and has been one of the most consistent runners in the region this season. Big Austin Faris is one of the more physical runners around and he rushed for nearly 100 yards in the victory over Eastside. Holston will also get big plays from quarterback Quaheim Brooks, who can beat you throwing or running the football. Holston started off the season winning three in a row before losing three in a row and then turning around and reeling off another three game winning streak before falling to Chilhowie 30-16 in last weeks regular season finale. Holston earned two big victories down the stretch of the season over Hurley and Eastside to supplant themselves in the thick of the playoff standings. 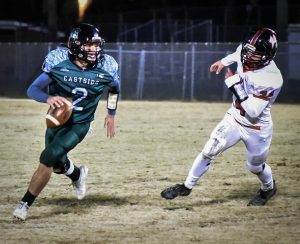 Eastside (5-5) has played a rigorous schedule this season and done so without one of their best playmakers in Garrett Whited. Whited returned last week and helped his team cruise past Castlewood in the regular season finale. He ran for 144 yards and a touchdown on only 12 carries and caught two passes, one for a touchdown. He also recorded 14 tackles on defense. While he was out, brother Grayson done more than enough for Mike Rhodes Spartans. Grayson accounted for more than 2,000 all purpose yards and 17 touchdowns. Quarterback Will Stansberry has improved nicely throughout the season for the Spartans as he is coming off of a four touchdown performance last week against Castlewood. Grayson Whited has been his favorite target this season but expect the ball to be spread around a lot more with the return of Garrett Whited. Nick Raymond has contributed hard earned yards for Eastside out of the backfield this season to form a three headed attack with the Whited brothers. Evan Bellamy has recorded well over 150 tackles this season and is one of the best defensive players in the state of Virginia.

The winner of this contest will take on the winner of the (1)Patrick Henry vs (8) Honaker contest. Kickoff will be on Saturday at 1:30 p.m.

One thought on “Eastside, Holston set to collide at Carl McConnell Stadium”