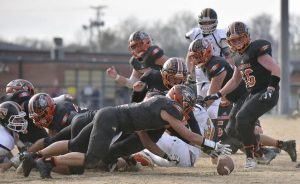 Chilhowie (8-2) is the #3 seed in the Region 1D playoffs while the Thomas Walker Pioneers (6-4) are the #6 seed. This will be the first ever meeting between the two school who are located 113 miles apart, just a little over two hours of a trip. 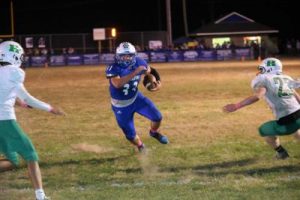 Thomas Walker started out as one of the hottest teams in southwest Virginia but as the temperatures have cooled off, so have the Pioneers. They come in to the playoffs with three straight lopsided losses to Eastside, Twin Springs and J.I. Burton. Thomas Walker will lean heavy on the legs of running backs Kenny Ball, Dalton Langley and Jaron Warf. Ball has amassed over 1,000 rushing yards for Nick Johnsons Pionners this season. Warf is a hard nosed player who does most of his damage on the defensive side of the ball. Thomas Walker has a capable quarterback In Zack Kidwell who likes to throw to targets Logan Ely, Jason Cowden and J.J. Bledsoe. 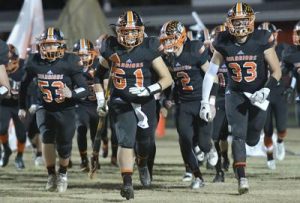 Chilhowie is two time reigning Region 1D champions and unfortunately the two time defending state runner up. In both 2017 and 2018 Chilhowie fell to the Gladiators of Riverheads in the state championship. Chilhowie lost a plethora of players from last years squad but coach Jeff Robinson still has plenty of playmakers. Quarterback Logan Adams is a threat with his arm and his legs while 6’2 sophomore Jonathan Gilley can beat you in the running and passing games along with Malachi Thomas and D.J. Martin. The Adams to Gilley connection was on strong display in last Fridays come from behind 30-16 win over Holston. Chilhowies two losses have cam via undefeated Patrick Henry (16-13) and and undefeated Narrows (20-14). Chilhowie has outscored their opponents 374-163 this season.

The winner of this contest will take on the winner of the (2)J.I. Burton vs (7)Castlewood matchup. Kickoff is set for 7 p.m. on Friday at Chilhowie High School.