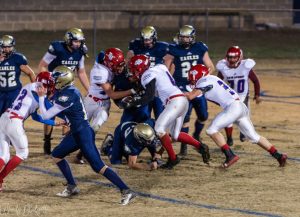 “We win Game 10” is a common phrase that’s heard in Nickelsville or Clinchport. A rivalry that goes back to 1969 takes center stage this Friday in Valley Creek at Titan Stadium. This will be the 52nd meeting between the two schools while they have only met once in the playoffs. In late October or early November, there’s a lot of pride on the line when Rye Cove and Twin Springs lock horns on the gridiron. What’s become known as the “Scott County Super Bowl” has more than pride riding on it this season. For the Titans of Twin Springs, a potential playoff berth is in the grasp with a win over their long time county foes. As for the War Eagles of Rye Cove, a win over the county rival that ended their season would be the highlight of the year for the folks in The Cove. 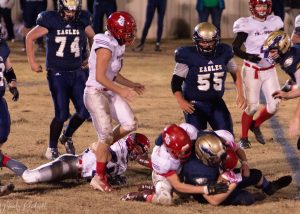 The 2019 version of the teams have shared similar success as Twin Springs sits at 5-4 overall and 1-3 inside the Cumberland while Rye Cove sits at 4-5 overall and 0-4 in Cumberland play. Four of the teams nine wins have came against common opponents in Hancock County and Jenkins. Twin Springs shocked all of Southwest Virginia last week with a 35-13 shellacking of Thomas Walker. Both offenses have been feast or famine as Twin Springs has failed to score over six points in four of their games as Rye Cove has failed to score over six points in three of their nine games. The Eagles have scored at least 36 points in three of their four wins as the Titans are averaging 38 points per game in their victories. Junior Mason Hardin leads the way for the Eagles as he sits with 941 rushing yards on the season. He’s looking to eclipse the 1,000 yard rushing mark for the second consecutive season as he only needs 59 yards. Twin Springs already has a one thousand yard rusher toting the rock for them as senior tailback Corbin Kilgore accomplished that feat last Friday in Ewing against Thomas Walker. Kilgore rushed for over 200 yards in the contest with 3 touchdowns. 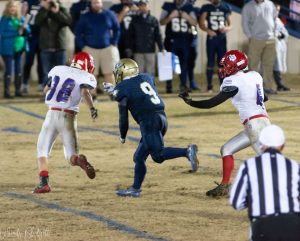 Twin Springs has excelled in the passing game this season under second year head coach Keith Warner. Sophomore quarterback Mason Elliott is coming off of a two touchdown performance last week against Thomas Walker. Elliott linked up with senior wide out Christian Hinkle and fullback Connor Gilmer through the air for scores. Preston Larkins has also given the Titans a boost in the backfield as he churned out 55 yards rushing last week on only eight carries. Freshman Ryan Horne and Gilmer are also called on to chalk up dirty yards between the tackles. Senior linemen Kaleb Carter and T.J. Taylor anchor the offensive line and have done an excellent job paving the way for their tailbacks.

“These kids never quit and are getting better each and every week. They’re building the foundation of our football program and this win against Thomas Walker was a huge step in the right direction. We just have to keep getting better and get ready for Game 10.” Said Titan head coach Keith Warner.

Rye Cove uses a smash mouth running attack and sprinkles in a pass here and there. Tyler Darnell is the Eagles leading receiver as he has hauled in four touchdown receptions this season. Matthew Hardin and Jonathan Howell will be called on to accumulate yards on the ground for Cheyenne Osbornes offense. Ashton Starnes anchors the defense as he has piled up over 50 tackles for the Eagles defense while Matthew Hardin is closing in on 40 tackles for the year. Andrew Jessee has become solid on both sides of the ball as he has recorded touchdown receptions on offense and has played big at his linebacker position on defense. Jesse Barnette is quick in the secondary for Rye Coves defense and has recorded a pick six this season. 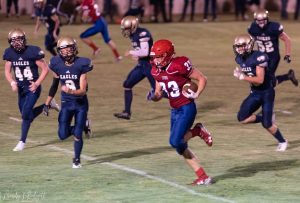 “Our kids have been through so many lows the last year and a half so they know the opportunity we have in front of us.” Noted Warner. “We cant be satisfied with one win against a quality opponent and these kids understand the task at hand and are focused as ever.”

Rye Cove comes in to the contest winning two out of their last three games while Twin Springs comes in losing two of their last three games. Rye Cove holds the 31-20 edge in the series and it will be a playoff like atmosphere in Valley Creek on Friday night. Temperatures in the mid 20’s will be sure to play a factor one way or the other. Titan red and blue against the blue and gold of The Cove. Should be another classic in this storied rivalry. It may take more than 48 minutes of smash mouth football to determine this years Scott County Super Bowl champion. Will both seasons come to an end? Or will one teams hopes of playing on a Saturday stay alive? We’ll know once the frost settles on a brown grassy surface at Titan Stadium on Friday night. 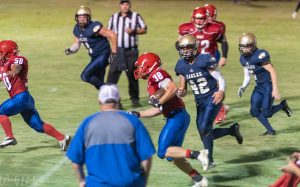