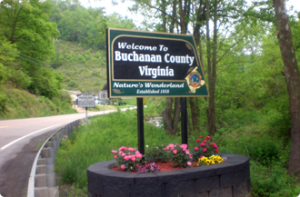 2019 could come to a close for both of these Buchanan County foes on Friday. However, one would love to cap the season off with a win over a Black Diamond District rival.

Both squads are currently riding losing streaks into Friday’s showdown in Oakwood.

After starting his first season as a head coach 2-0, Austin Cooper and the Hurley Rebels have gotten cold, as the red and gray have dropped three in a row to bring their record to 4-5.

The Rebels dropped their last outing last Friday on senior night at The Cliff in a 34-14 contest to the visiting Auburn Eagles from Montgomery County. Hurley amassed 304 yards of total offense. The Rebels accumulated 173 yards passing and 131 yards rushing on the contest. John Matt Justus found the end zone for Hurley at the end of a 29-yard scamper. Tyler Young found pay dirt at the end of a 63-yard pass from Chad Justice for the Rebels as well.

Jeremy Ward and the Twin Valley Panthers return home to Oakwood after a two-game road trip this Friday for Senior Night. Twin Valley has lost four in a row and looks to avoid its first five game losing streak since 2012—a year in which Tommy Crigger’s Panthers finished 1-9.

Last week, Twin Valley retreated from Russell County on the wrong end of a 44-12 thrashing via the Castlewood Blue Devils. The Panthers rushed for 153 of its 167 yards of total offense last Friday on a night in which the purple and black could muster just four first downs. However, Twin Valley found the end zone on the end on a pair of long touchdown dashes. Matthew Lester sprinted 63 yards to the house for Twin Valley in the second frame while Xzavier Ward galloped 95 yards for six in the final frame of play.

Ward and his staff would love nothing more than to get a win on their home field tonight—something that has not happened since a 48-28 win over East Ridge, KY on October 4, 2018.

Friday night marks the 19th meeting between these schools in a series that dates back to 2001. Hurley holds a 13-5 advantage in the matchup, which includes the last five.  Twin Valley last knocked off the Rebels in 2013 in a 47-46 ball game.

Hurley currently sits at 10th in the VHSL 1D Power Points and needs a miracle to sneak in the playoffs. Twin Valley sits at 14th in the same set of points with virtually no shot of sneaking in.

Nonetheless, Friday night’s contest will be for bragging rights between these two for the next 365 days.