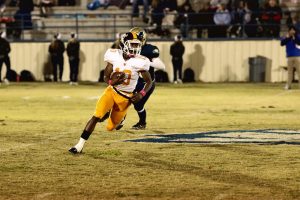 J.I. Burton cruised to an easy 39-6 victory last week over the Rye Cove Eagles and were able to get some of their starters rested in the second half. The Thomas Walker Pioneers were on the wrong side of a lopsided game last week as they were defeated by Twin Springs, 35-13.

Two weeks ago this looked to be a winner take all in the Cumberland which was log jammed up until recently. Thomas Walker (6-3, 2-2) was hit with a couple key injuries in back to back losses to Eastside and Twin Springs. J.I. Burton (7-2, 4-0) is the complete opposite. They’re rested, healthy and have won seven in a row and are looking to clinch the Cumberland District title along with the number two seed in next weeks Region 1D playoffs with a win over the home standing Pioneers. 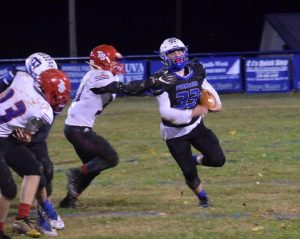 As a defensive unit that was only allowing a little over 15 points per game, the Pioneers have given up 36 points per game in their last two contests. The Raider rushing attack led by Mikey Culberton and Najee Steele has put up almost 40 points per game this year. This will be the sixteenth all time meeting between the two schools and the seventh since Burton joined the Cumberland back in 2013. Thomas Walker currently sits 0-15 against the Raiders. Since the two have been Cumberland foes, on average, Burton is outscoring Thomas Walker 38 to 10 in the six meetings, 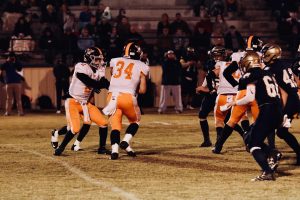 With the win J.I. Burton is gunning for their fourth Cumberland District title. Thomas Walker will no doubt be in the playoffs but a win over the Raiders could see them jump up inside the top four and host a playoff game. The Pioneers currently sit in the sixth slot with a likely trip to Chilhowie in the opening round of the playoffs. Kickoff is set for 7 p.m. in Ewing.