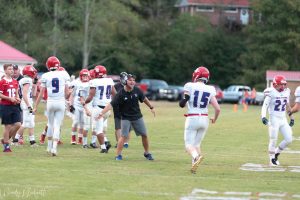 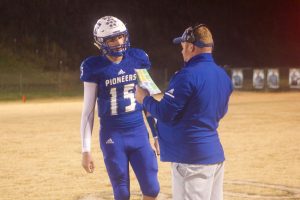 Twin Springs (4-4, 0-3) and Thomas Walker (6-2, 2-1) have quietly developed a nice little rivalry on the gridiron over the years. The teams have beaten on each other for quite some time and for the last 15 meetings, Thomas Walker has won eight of those contests while Twin Springs has been the victor in seven of the meetings. The Pioneers upset the Titans in 2015 in Ewing 26-21 but then Twin Springs followed with a 62-31 thrashing of the Pioneers in 2016. From 2006-2008, Thomas Walker won three in a row over the Titans as the three contests were decided by six, seven and then eight points in the three meetings. Twin Springs would win three in a row over the Pioneers from 2012-2014 by scores of 29-28, 46-37 and then 35-6. There have been blowouts and there have been contests that have came down to the final seconds. This weeks matchup will be spicy. While Thomas Walker is battling to host a playoff game, Twin Springs is just fighting for a playoff appearance. The Titans would need to win their final two games for that to happen but Coach Warners squad might be the most improved team in the area as they jumped out to a 4-2 record after only winning one game last season. Thomas Walker is enjoying one of their best starts since the early 90’s and Coach Johnson would love for his squad to host a playoff game. 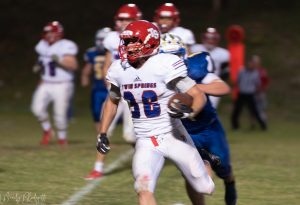 Twin Springs is fresh off a bye week after they suffered two consecutive Cumberland losses to Castlewood (10-6) and Eastside (20-0). The Titans have leaned on the running of tailback Corbin Kilgore and the playmaking ability of wide out Christian Hinkle. Quarterback Mason Elliott, tight end Preston Larkins and Freshman tailback Ryan Horne have starred for the offense this season as well. Connor Gilmer has been solid on the defensive side of the ball from his linebacker position. Putting points on the board has became a problem for the offense as they have been shutout twice over the last four games and scored only six points in another. The exception would be putting up 42 points in a victory over Hancock County. Coach Warners squad has been able to move the ball but penalties and turnovers has doomed the Titans on long drives. The Titans will need to play disciplined football Friday night and put some points on the board against the Pioneers who have one of the premier running backs in the Southwest Virginia in Kenny Ball who has rushed for 14 touchdowns on the year.

Nick Johnsons squad is coming off of their second loss of the season after falling at Eastside last Friday, 37-12. The Pioneers were gashed by the run as they surrendered 310 rushing yards to the Spartan rushing attack. The Pioneers were also penalized 11 times in the game. The Pioneers have some questions coming in to the game on the availability of a couple players but Coach Johnson has plenty of playmakers to get the ball to. Wide receiver Logan Ely is a big target for quarterback Zack Kidwell in the passing game as the two connected for a highlight reel touchdown last week in the loss to Eastside. Jason Cowden is another option for the Pioneers as he has proven to be capable in the rushing and passing games. Look for the Pioneers to come out and establish the run against the Titans, control the line of scrimmage and play inspired football on the defensive side. 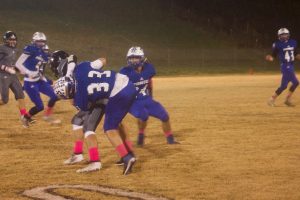 Kickoff is set for 7 p.m. at Thomas Walker High School in Ewing.