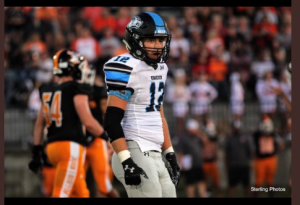 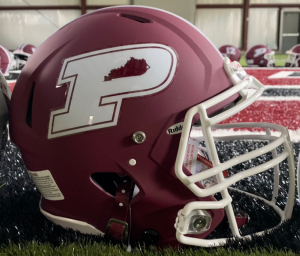 With each season thus far of Ridgeview Wolfpack football has come two interstate matchups in each season with the neighboring Bluegrass state.  Having already dispatched a stout Shelby Valley team, which has already finished its regular season at 8-2, the Wolfpack now turn their attention to Pikeville.  The Panthers present arguably the toughest challenge of the season to the Wolfpack.  Pikeville comes into Friday night’s showdown at 9-0 and currently ranked number 1 in KHSAA Class 1A.

The Panthers are coming off a state runner up season from a year ago, having lost to Beechwood 21-20 at Kroger Field in Lexington.  The Pikeville offense is very balanced, having scored 17 touchdowns through the air and 19 on the ground so far in 2019.  Leading the way for coach Chris McNamee’s Panthers is his son Isaac, who has thrown for 1,318 yards, 17 touchdowns and only 4 interceptions.

Leading the ground attack is Cody Raines who has 674 yards on 120 attempts and nine scores on the season.  Raines is getting looks from Centre College in Danville, Kentucky.  Spelling Raines in goal line situations is Jon Collum who has five touchdowns on the campaign on only 20 carries.  Collum is receiving interest from Centre, UVA-Wise and Morehead State.

The receiving corps is led by Jackson Hensley, a Harvard commit, who has amassed 29 catches for 436 yards and seven touchdowns in 2019.  Three other receivers have also tallied three scores for the Panthers.

The Panther defense have been ball hawks, snaring 12 interceptions on the season.  Peyton Blair leads the way in that category with three picks.  Collum is the overall defensive standout with 64 total tackles, an interception, a sack and a fumble recovery, which was returned 28 yards for a touchdown.

In the kicking game, Tanner Hamilton has converted 25 of 31 PAT’s and one of two field goals on the season. 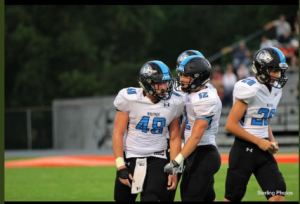 The Wolfpack are coming off of their most sensational effort of the season a week ago.  Ridgeview dominated from the opening kick on both offense and defense in dismantling the Abingdon Falcons.  The win gives the Wolfpack a share of its first Mountain 7 District title.  A key component in the victory over the Class 3 Falcons was senior linebacker Chase Salyers.  Salyers was on a mission, totaling six tackles with three of those coming against Falcon quarterback Jadon Boothe in the backfield for sacks.

Salyers reflected on his senior season thus far and what it meant to defeat the Falcons to earn a district title.  “I’ve had a good senior season so far, I feel like I’ve been a big part for the team defensively this year,” Salyers said.  “It (Abingdon) was a big game and I went in telling myself I wasn’t stepping off the field. It felt pretty good being a big part of a big win but I try to stay humble about it.”

Salyers also hinted that the Wolfpack defensive corps have been studying the Panther offense on video this week in preparation.  “Pikeville have speedy receivers with a good QB,”  Salyers noted.  “I think the biggest keys will be our secondary playing lock down defense and our defensive line doing there best to get to the QB.  McNamee gets the ball off quick, so it will be a challenge. They have a physical offensive line, so we just have to go 100% every play”

The Wolfpack offense continues to center around Trenton Adkins.  Adkins surpassed the 2,000 yard mark for the campaign last Friday and added to his total touchdown mark with another five scores against the Falcons.

Also of note, kicker Landon Knepp surpassed the 50 point mark on the season last week against Abingdon.  The junior has 43 PAT’s and three field goals on the season.

Numerous football fans in southwest Virginia and eastern Kentucky have had Friday night’s contest marked on their calendars for some time.  Not only will the patrons from eastern Kentucky get to see a P5 recruit in Adkins, but the southwest Virginia fans will get to see one of Kentucky’s dynasties on the gridiron.  A huge crowd is expected at W. C. Hambley Athletic Complex in Pikeville on Friday night.  Kickoff is slated for 7:30, 30 minutes later than southwest Virginia folks are used to, as per the guidelines of the Kentucky High Schools Athletic Association (KHSAA).