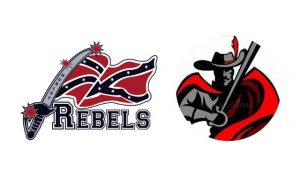 Two 4-3 football teams are set for a showdown in one of southwest Virginia’s marquee matchups for week nine.

The Hurley Rebels look to get back on track this week after a heartbreaking 36-30 loss in two overtimes last Friday at Honaker. Matthew Blankenship and John Matt Justus led the way for the Rebels. Hurley gained 378 yards on the ground in the loss, which accounted for all of its total offense. Blankenship found the end zone twice for Hurley, while Justus sniffed it out once himself. The Rebels tandem accounted for 299 yards of the rushing attack. Austin Cooper and his squad have sent a message across southwest Virginia this fall that it is no easy task to grind it out with the Rebels. However, Friday night will be one of the tougher matchups Hurley has faced all season.

Derrick Patterson leads his Holston Cavaliers squad into its second consecutive home contest on Friday. The Cavaliers torched their Hogoheegee District counterpart Northwood last week by a score of 47-0. Austin Faris had a good night at the office. Faris ran the ball eight times for 72 yards and three touchdowns. Gage Quina, Brycen Sheets and Quaheim Brooks also found the end zone via the ground for the Cavaliers offense that amassed 399 yards of offense. The Cavaliers defense also proved stout, only allowing the Panthers offense a mere 54 yards of offense.

Both teams have proved so far this season that the ground game is their strong suits. Look for three yards and a cloud of dust to be the case again on Friday in Damascus when the Rebels and Cavaliers are set for battle.

Friday night marks the seventh meeting all time between these two squads in a series that dates back to 1975. The series is currently knotted at 3-3. Hurley won the last matchup at The Cliff in 2016 by a score of 70-6.  The 70 points score by Hurley is the second most put up by the Rebels in school history. Holston’s Derrick Patterson is 0-2 in his tenure against the Rebels and looks to get the Cavaliers their first win in the series since 1978.