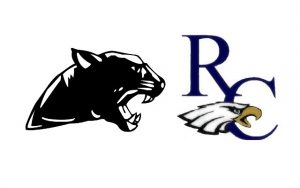 Twin Valley racked up its fifth loss of the season in a 36-6 loss to Thomas Walker a week ago. The Panthers allowed Pioneers standout Kenny Ball to accumulate four total touchdowns as Thomas Walker improved to 6-1 on the season.

In his second year, Jeremy Ward hopes that his Panthers can seek some revenge on Friday against Rye Cove after a heartbreaking 50-48 loss to the Eagles a season ago. Rye Cove’s win over the Panthers in 2018 marked its first win over a team from the Commonwealth of Virginia since August 29, 2014. The Eagles went on to knock off Twin Springs to wrap up the 2018 season. However, the Eagles are still seeking its first win over a team from their home state in 2019. Rye Cove has been victorious this season against Jenkins, KY, Hancock County, TN and in last week’s 60-42 win over Unaka, TN.

Mason Hardin led the way for Rye Cove last Friday with 255 yards and four touchdowns on the ground to go along with 58 yards in the air and a touchdown in an offensive showdown. The contest witnessed 102 points being put up on the board in addition to 1,022 total yards of offense and 50 first downs. Tyler Darnell also accumulated for three touchdowns of his own for Rye Cove.

In his second year at the helm of the Eagles, Cheyenne Osborne has proved that the team runs through its playmaker in Hardin.

Both of Twin Valley’s wins this season have came on the road. The Panthers hope to bring home their third win of the season at the end of a 170-mile round trip on Friday.

Friday night’s matchup at the Eagle’s Nest marks the eighth meeting all time between these schools in a series that dates back to 2012. Twin Valley has a 4-3 edge after the Panthers won four consecutive matchups from 2014-2017.