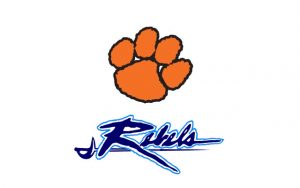 Doug Hubbard and his squad are riding high after a big 36-30 win last Friday in a two overtime game against Hurley. The win clinched Honaker’s first Black Diamond District championship since 2015 and its 12th in school history.

The Tigers were led by star running back Trevor Dye who racked up 100 yards and three touchdowns on the turf at Fuller Field last Friday. Chandler Hubbard got the nod at quarterback on Friday and dashed for 93 yards and a touchdown.

After claiming the Black Diamond District for the first time in three seasons, the Tigers have a head full of momentum. However, Honaker’s next contest will not be a walk in the park.

Mark Palmer’s Patrick Henry Rebels have had two weeks to prepare for the Tigers after their open date last week.

The last time out, the Rebels throttled their Washington County counterpart Holston by a score of 42-13.

Rebels quarterback Dakota Rector went 7-of-8 for 160 yards and three touchdowns through the air against Holston. Cody Smith was on the end of one of Rector’s touchdown strikes in addition to his 125 yards and three other scores on the ground.

The Rebels defense forced three turnovers while only allowing the Holston offense to 139 total yards.

Patrick Henry is the lone undefeated team in the CoalfieldSports.com coverage area.

Friday’s matchup will be the 12th all time between these two schools in a series that dates back to 1962. Honaker holds a 7-5 edge in the series. However, Patrick Henry has won the last three meetings including last year’s 47-7 thrashing at Fuller Field.

Mark Palmer and Doug Hubbard have done battle eight times as head coaches. Hubbard holds a 5-3 edge over Palmer in matchups that date back to Palmer’s tenure at St. Paul in the early 2000s.