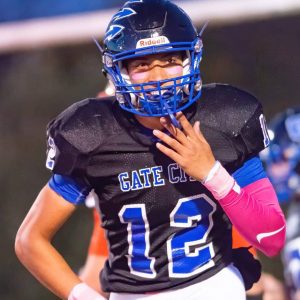 Gate City continued their offensive outburst against the Lee High Generals last Friday night at Legion Field in Gate City. After scoring 55 points against Marion a week before, the Blue Devils defeated the Generals 51-27, with 45 of those points coming in the first half. 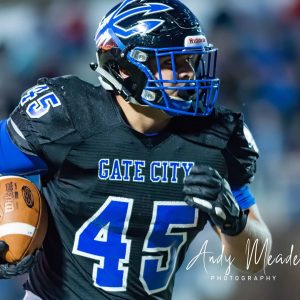 Gate City improved to 3-5 overall and 1-3 in Mountain 7 play. Gate City remains the 7 seed in the updated Region 2D playoff standings as they prepare to head to Battle Hill in Bristol to take on the John Battle Trojans (1-6, 0-3). Lee High falls to 0-7 overall and 0-3 in the Mountain 7 and is set to host Wise Central (5-2, 2-2) who is coming off of the biggest win in school history, a 21-13 victory over the Union Bears.