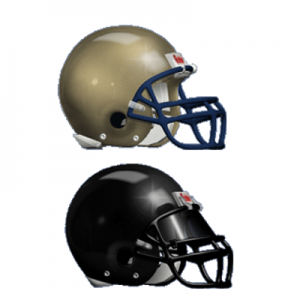 Two very familiar foes are set to do battle on Friday night at Nelson Memorial Stadium in Grundy.

The Raiders and the Golden Wave have met up three times in the past two seasons. Grundy took care of business in the first meeting of 2017 in a 34-7 victory. However, when the two met later that year in the playoffs, Jimbo Adams and the gang was able to snake out a 19-14 victory on the same field in which they were defeated less than a month prior. The Raiders also smacked the Golden Wave in the mouth in a 44-31 regular season win in Norton a year ago.

Both teams come into Friday night’s matchup with identical records. However, the tale in which they both arrived at 4-2, it a little different.

After starting the 2019 campaign 0-2, J.I. Burton has rattled off four straight wins in Jacob Caudill’s first season as the head coach of the Raiders. The four wins have been nothing less than dominant. The Raiders walloped Lee 56-20, they smacked Twin Springs 41-0, they ambushed Eastside 48-6 and Honaker felt the wrath of the Raiders most recently in a 54-7 smashing.

The Raiders produced 574 yards of offense in the route of its Russell County opponent a week ago.

Caudill and the gang hope their production from the past four weeks continues as they travel to Grundy for the latest chapter of their battles with the Golden Wave.

Craig Plymal and the Golden Wave started 2019 hot with a 4-0 start. However, Grundy has dropped its last two outings to Black Diamond District foes Honaker and Hurley.

The Golden Wave hope to have rested up over last week’s bye and look to get back in the win column over one of Class 1’s best.

In Grundy’s last contest, a 38-6 loss to Hurley, the Golden Wave was led by freshman Ian Scammell, who scored the lone touchdown for Grundy.

Scammell has provided the majority of the Golden Wave’s offense thus far this season. The freshman tailback looks to become the latest runner in a storied backfield in Buchanan County’s seat over the next few seasons.

Friday night will be the fifth time these two teams have met in a series going back to 1941. J.I. Burton holds a 3-1 edge.