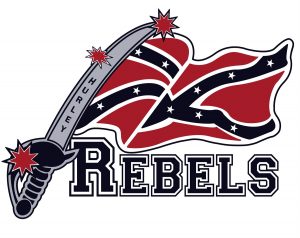 Last week proved to be two totally different tales for these two quads.

Northwood fell to Castlewood by a score of 38-6 in Saltville on Friday night. The Panthers defense allowed 375 rushing yards on the ground while amassing 162 yards of offense. The Panthers have struggled in Tim Johnson’s inaugural campaign. Northwood has only scored 44 points in 2019. Johnson and the Panthers found the win column when they hosted the Twin Valley Panthers back on September 20. Northwood shut out Twin Valley, 18-0. Northwood hopes to find the same result this week when it travels to Hurley to take on another Buchanan County foe.

Austin Cooper got the biggest win of his young head-coaching career last Friday when Hurley knocked off Grundy on the road by a score of 38-6. The win marked the Rebels first over its archrival Golden Wave since 2016. Matt Justice and John Matt Justus each had a rushing touchdown for the Rebels in the victory. Chad Justice found the end zone twice for Hurley, once on the ground and once through the air on a 75-yard strike to Jonathan Hurley. Matthew Blankenship also found the end zone for the red and gray. Blankenship finished the night with 83 rushing yards.

The Rebels rushing attack could prove to be trouble for Northwood at the Cliff.

Friday’s matchup marks the first ever meeting between these two schools.