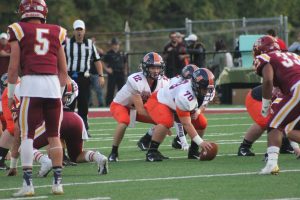 As Koby Crist’s field goal attempt sailed through the uprights, a Bears roar was heard throughout Mitchell Stadium that sent the Union faithful and sidelines into a frenzy. They knew they had just done something special.

Union was viewed as heavy underdogs coming in to Friday nights matchup against defending VHSL Class 2 state champion Graham. But just as bears do, they fought and clawed their way to an impressive victory to remain unbeaten and send Graham to 2-2.

A complete effort on both sides of the ball saw Union pile up 406 yards of total offense and force Graham in to committing two critical turnovers. Despite 328 yards passing from Devin Lester, Union was able to make one more bigger play than the G-Men, which proved to be the knockout blow.

“They’re the defending state champions for a reason.” Stated Union head coach Travis Turner. “They’ve got some playmakers, we just tried to slow them down the best we could. I told the kids before we came out that it was going to be a dogfight and I thought we done a great job of playing just as hard as we could play.” 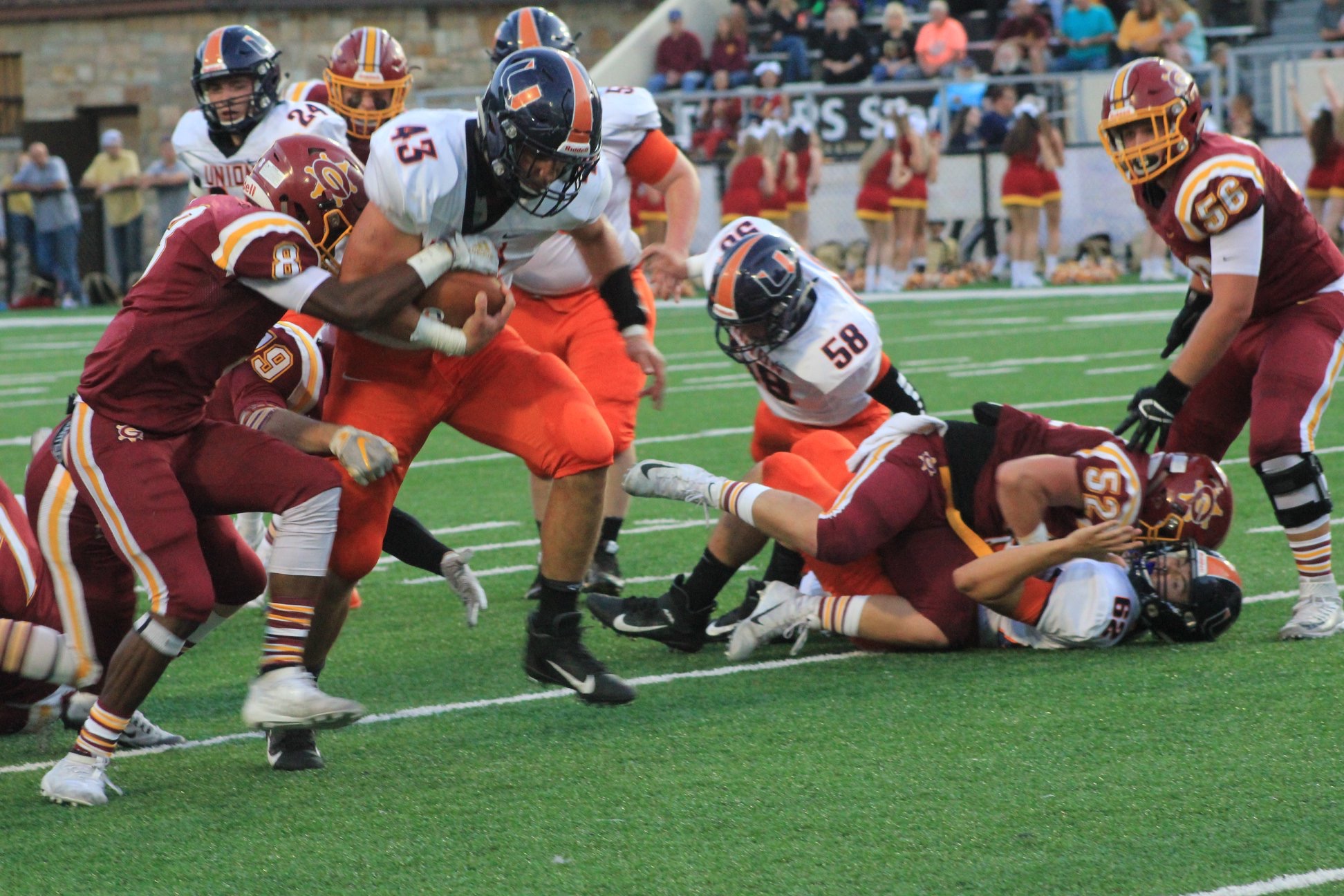 Graham’s playmaking ability was on early display as they quickly put Union in a ten point hole with 5:10 remaining in the first quarter. That’s when Union settled in to their tight T-Formation offense and flexed their muscles with an 18 play 80 yard drive that chewed up more than ten minutes off of the clock. Senior Mason Polier ran through a trio of Graham defenders on fourth and goal to cut the lead to 10-7 with 7:04 remaining in the half. Union wasted no time in getting the ball back. On Grahams first play of the drive defensive back Malachi Jenkins stepped in front of Lester’s pass deep down the field that was intended for Xayvion Turner. Jenkins returned the ball to his own 39 yard line. Another methodical drive from the Bears chewed up the remaining 3:55 off of the clock. This time, a 16 play drive that was aided by two pass interference penalties on Graham. Junior Quarterback Brody Gibson threaded the needle on a touchdown strike to Senior receiver Antwun Jenkins, who made the catch between two Graham defenders. The PAT was blocked and the Bears took a 13-10 lead into halftime.

After forcing a three and out on Grahams first possession, Polier took the first carry of drive 68 yards down to the Graham 22 yard line. Three plays later on fourth and inches, Polier finished the drive by rumbling 12 yards in to the end zone and the Bears extended their lead to 20-10 with 6:29 remaining in the third quarter. Polier would be quick to strike again as he stepped in front of a slant route from Lester and returned it thirty yards to the house for a pick six and it looked like Union was going to run away with the game as they held a 27-10 lead with six minutes remaining in the third. Tony Palmer’s boys wouldn’t blink. Lester completed a long pass play on fourth down to the Union 5 yard line. Lester then called his own number on a five yard touchdown scamper. Union would block the PAT to make the score 27-16 with 4:10 remaining in the third. Neither team could muster anything else in the third quarter as the fun was only beginning inside Mitchell Stadium. 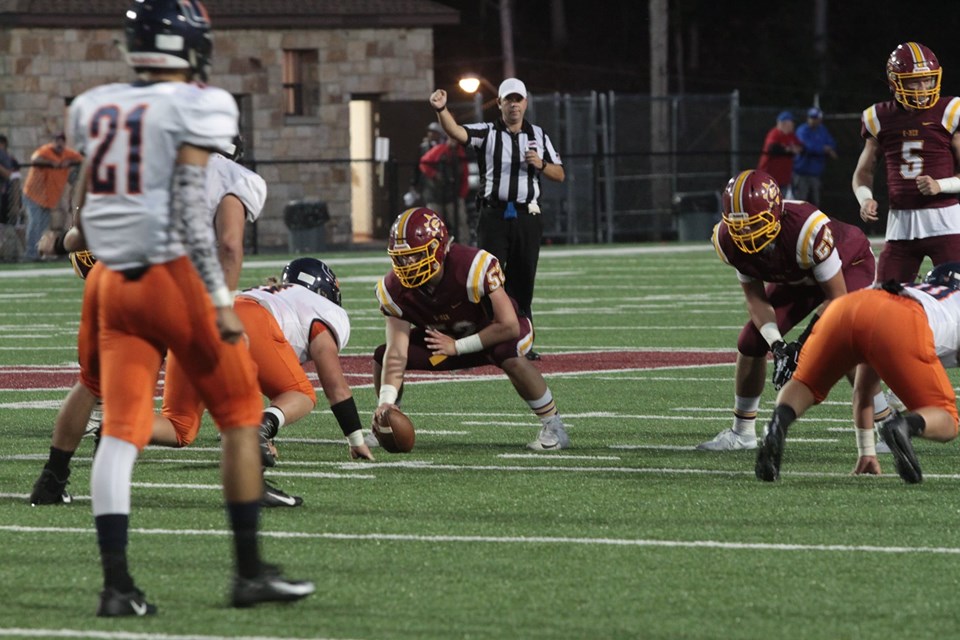 On Grahams first drive of the fourth quarter, Joey Dales would shake free from the Union secondary and find himself on the receiving end of a 42 yard pass from Lester to set the G-Men up inside the Bears 10 yard line. Two plays later, Lester called his own number again for his second touchdown run of the night. The two point conversion failed and the Union lead was trimmed to 27-22 with 9:54 remaining in the ballgame. Just as they did all night, Union answered. Facing a third and 8 from their own 22 yard line, Brody Gibson unleashed a deep ball that was tipped by a Graham defensive back and landed in the waiting arms of Antwun Jenkins who raced in for the touchdown. Crist would split the uprights on the PAT and Union pushed their lead to 34-22 with 7:47 showing on the clock. Union still wasn’t able to shut the door completely. A touchdown pass from Lester to Turner made it 34-29 with seven minutes remaining. The Bears were on their way to milking the clock when Graham was able to force a fumble on the sixth play of the drive to regain possession at the Union 40 yard line with 3:25 remaining in the game. Four plays later Lester found Turner again for a touchdown strike. This time from 21 yards out. The two point pass was intercepted by Alex Rasnick to make the score 35-34 with 2:35 to go. Rasnick’s stop would turn out to be huge for the Bears.

Tadyn Roark was able to give Union good field position by returning the ensuing kick 28 yards out to the Bear 29 yard line.

The stage was set. No timeouts and 71 yards stood between Quarterback Brody Gibson and a win over the defending state champs.

A one yard run from Bryce Guerrant and an incomplete pass quickly forced the Bears in to a third and long situation. Gibson calmly stood tall and threw a 12 yard strike to Daemi Lester to pick up the first down. An 11 yard reception and two carries from Polier had the Bears down the the Graham 35 yard line with 40 seconds remaining. After a 5 yard catch from Lester, the Bears would once again be faced with a third down. Gibson would calmly hang in the pocket and find Malachi Jenkins for an 18 yard catch and run all the way down to the Graham 12 yard line with 22 seconds remaining. Polier rumbled forward down to the 5 yard line with 7 seconds remaining and Turner sent out Crist for the field goal attempt. The attempt would be good but Graham jumped offsides. Following the penalty, Palmer called a quick timeout to ice the young kicker. That strategy would not work. Crist calm and cool, split the uprights to give Union the 37-35 win. A win that is surely going to go down as one of the most memorable in school history.

“There was never a doubt in my mind.” Said Crist. “I just wanted to win, the whole team played so hard tonight and I’m just excited to be able to have this opportunity for my team.”

“No fear.” Coach Travis Turner said of his Junior kicker. “He had to make it twice, they tried to ice him with a timeout after they jumped offsides on the first make. He stepped back up and knocked it through again. So proud of him and all the kids. They gave everything and then some tonight.”

Quarterback Brody Gibson who completed 7 passes for 132 yards and 2 touchdowns on the night, got the praise from his teammates on the game winning drive.

“We believe in each other, we believe in Brody.” Said Junior linebacker CJ Jones. “We all motivate each other and I can’t say enough about how hard Koby Crist works ever day in practice, I’m just so proud of both of those guys.”

Gibson has now thrown for 5 touchdowns this season, finding Antwun Jenkins on four of them. After his performance Gibson was quick to credit the senior leadership and the teams work in practice.

“We didn’t take practice lightly this week because we knew how big of a challenge this was going to be.” Said the Junior signal caller. “We have great senior leaders that push us every single day to be better. I just want to thank God, without his this wouldn’t be possible. He gives me the ability every day to be the best I can be for this team. We’re going to enjoy this one but we’ve got a lot more work to do.” 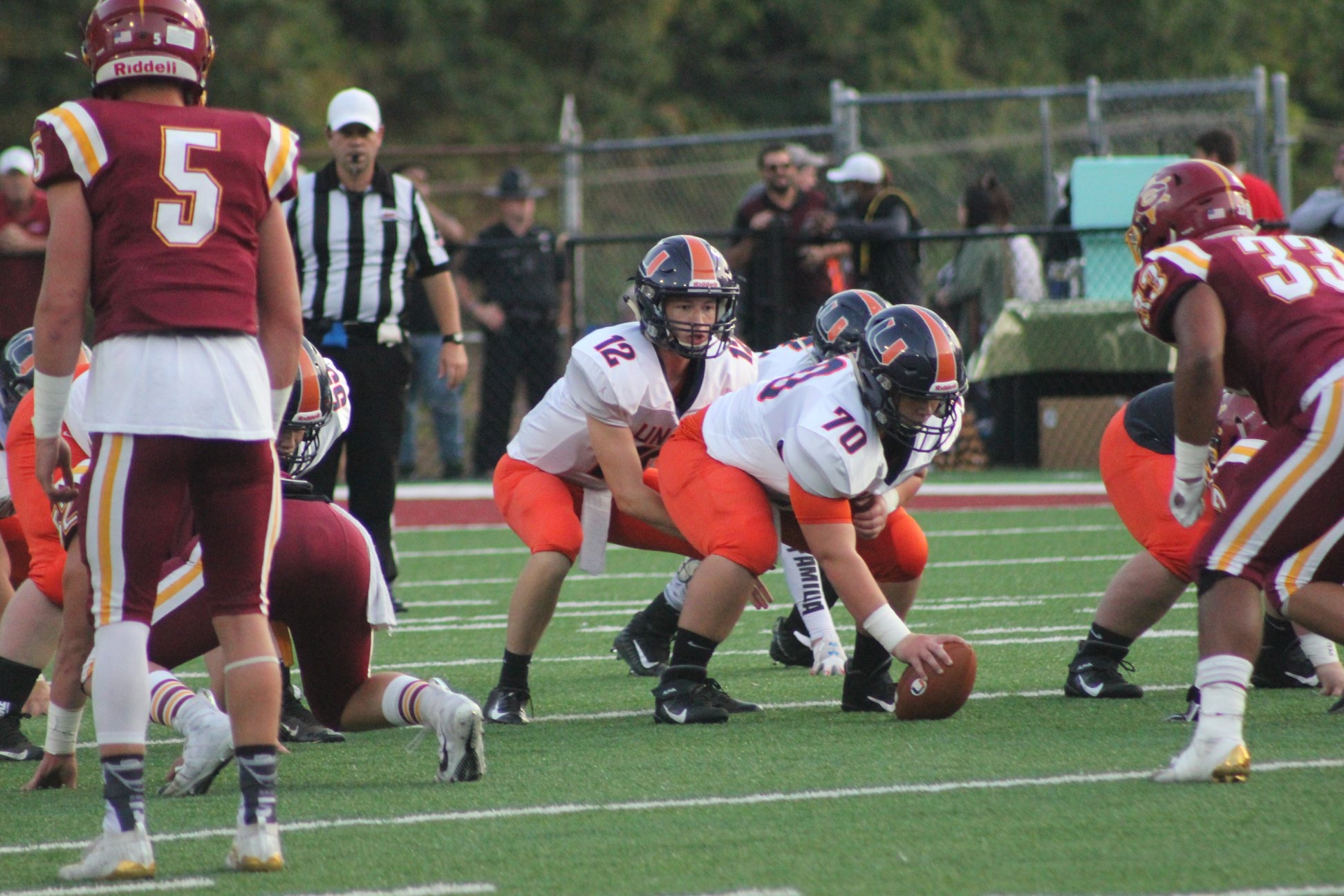 Polier set the tone with his physical running and piled up 200 yards rushing on 34 carries to go along with 2 touchdowns. He also added a pick six on defense. Zavier Lomax added 42 yards rushing on 12 carries and Antwun Jenkins hauled in two passes for 82 yards and 2 touchdowns. Graham had two receivers go over the century mark as Xayvion Turner caught 6 passes for 141 yards and Joey Dales hauled in 3 receptions for 108 yards.

The Bears will celebrate Homecoming next Friday night as they host the Gate City Blue Devils at Bullitt Park. Kickoff is set for 7 p.m.