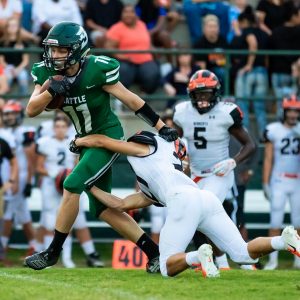 In a game filled with turnovers, penalties, and some anxiety at the end, the John Battle Trojans held off the Virginia High Bearcats Friday night to win against their arch rival for the first time in five years. The win also gave new head coach Bradley Ricker his first victory at the helm of John Battle.

A huge crowd turned out for what was WCYB’s first locally televised game in Southwest Virginia this season. The crowd on Battle Hill and the viewers at home were treated to a defensive game, that finished in a way that few would have ever expected.

After the teams traded touchdowns in the first quarter, John Battle’s Jayden Farley knotched a field to put the home team ahead by three in the second quarter. The Trojans took a 10-7 lead into halftime.

The third quarter only seen two points being scored, as the Trojans’ defense tackled the Bearcats in their own endzone.

With the Trojans clinging to a 12-7 lead with only two minutes left in regulation, no one could have predicted what came next.

A interception that was negated by a penalty.

A touchdown, which would have gave the Bearcats the lead with less than a minute left, was called back due to a illegal shift.

Then one last turnover.

A Bearcat fumble gave the ball back to the Trojans with less than a minute to go and not enough timeouts to get the ball back.  As the final second ticked off the clock the Trojans celebrated.

The streak of five straight losses was broken & WCYB’s Friday Night trophy was awarded to the team, but it wasn’t easy for the Trojans. Coach Ricker’s team knew they were in a fight until the final minute against Coach Mike Christ’s Bearcats.

Virginia High kept the Trojan defense on their toes all night, running sweeps from sideline to sideline. Ajaani Delaney lead the Bearcats in rushing with 104 yards on only nine carries. Delaney scored the ‘Cats only touchdown on their second possession with a 68 yard touchdown scamper. Speedy sophomore Stevie Thomas added 45 yards on 13 carries. The Bearcats’ defense looked to be much improved from their opening game, limiting John Battle to less than 300 total yards.

The Trojans were lead on offense by quarterback Walker Osborne. Osborne kept constant pressure on the Bearcats’ defense by rushing for a game high 132 yards and throwing for another 75. Senior Dylan Cunningham rushed for 43 yards and scored the Trojans’ only touchdown from five yards out.

John Battle will host another Washington County foe this Friday as Holston will visit Battle Hill. Virginia High will play host to Tennessee High, in the 107th edition of the V-T Game. 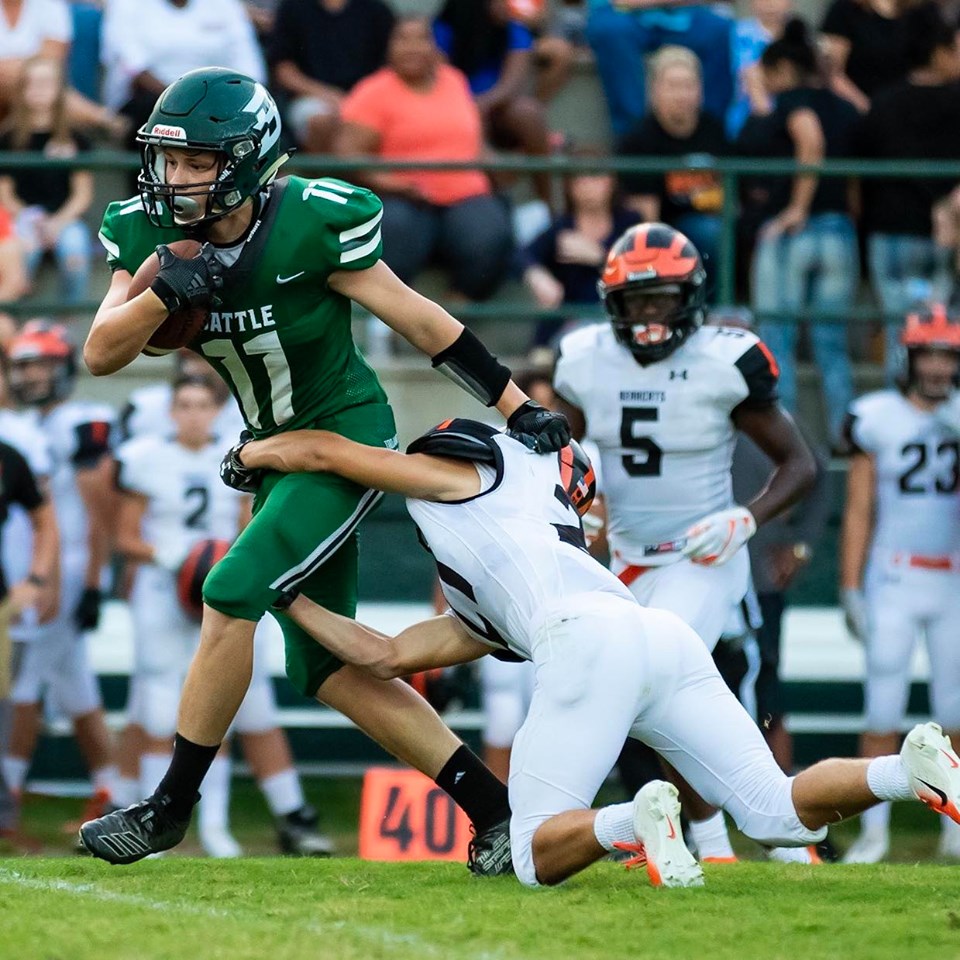