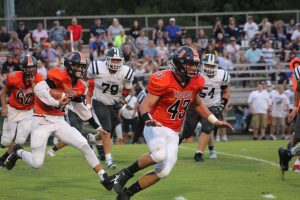 On a night where the 1994 Appalachia Bulldogs state championship team was honored at halftime, it was Travis Turners Union Bears who had the crowd reminiscing about the grit and grind rushing attack from the days at Riggs Stadium.

“We done a lot of things very similar to that 94 team,” noted Coach Turner. “We got big, physical backs that run hard and block well for each other and when you have three or four that you can hand the ball to and you’re comfortable handing it to, it helps.” 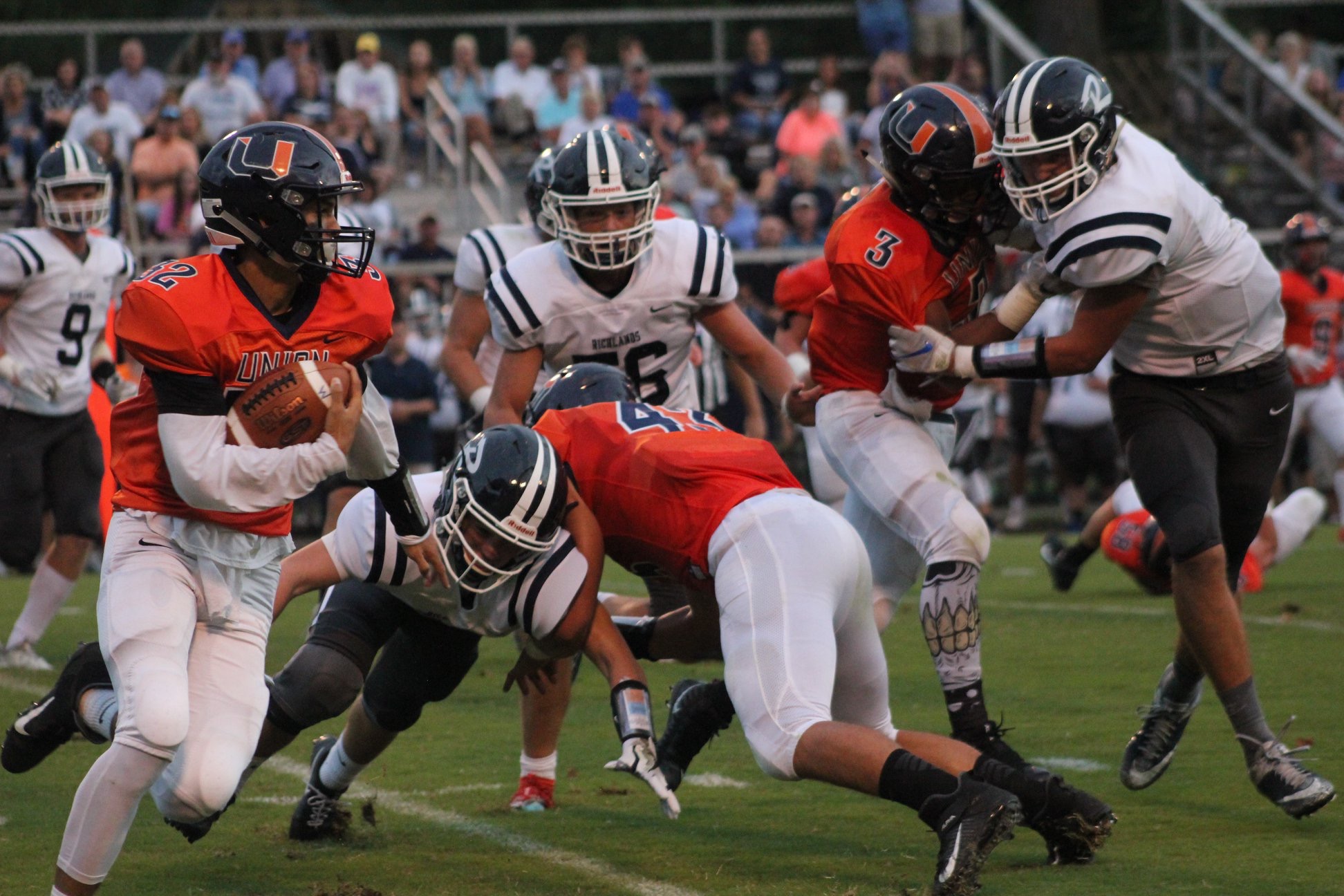 #32 Antwun Jenkins uses his blockers to his advantage.

The biggest play in the first half came after Unions first possession of the ballgame when Richlands’ Colton Medley squeaked through to block Unions punt inside the Bears twenty yard line. The Bears defense held Richlands to a three and out to set up a short field goal attempt for Levi Forrest, who was wide right giving the Bears possession at their own 20 yard line. Richlands, like Unions defense was able to hold throughout the first quarter. Forrest came through with a 37 yard field goal with 20 seconds left in the first quarter to give the Blues a 3-0 lead, which would stand through halftime.

Richlands took possession after halftime with an 8 play drive that amassed 41 yards to set up a 41 yard field goal attempt from Forrest which was wide right again. Richlands would not see the ball again in the third quarter as Union pieced together a 17 play, 80 yard drive that was capped off by a one yard touchdown plunge from Mason Polier with 11:56 remaining in the fourth quarter. After a methodical drive in which Union saw a lot of Sage Webb, the Bears defense held stern inside the red zone to set up another field goal attempt from Forrest. Senior Antwun Jenkins came racing off of the edge to block the attemp, scoop the ball and race down the sidelines before being brought down at the ten yard line. With 7:18 to play Bullitt Park was rocking and the Bears were in business. 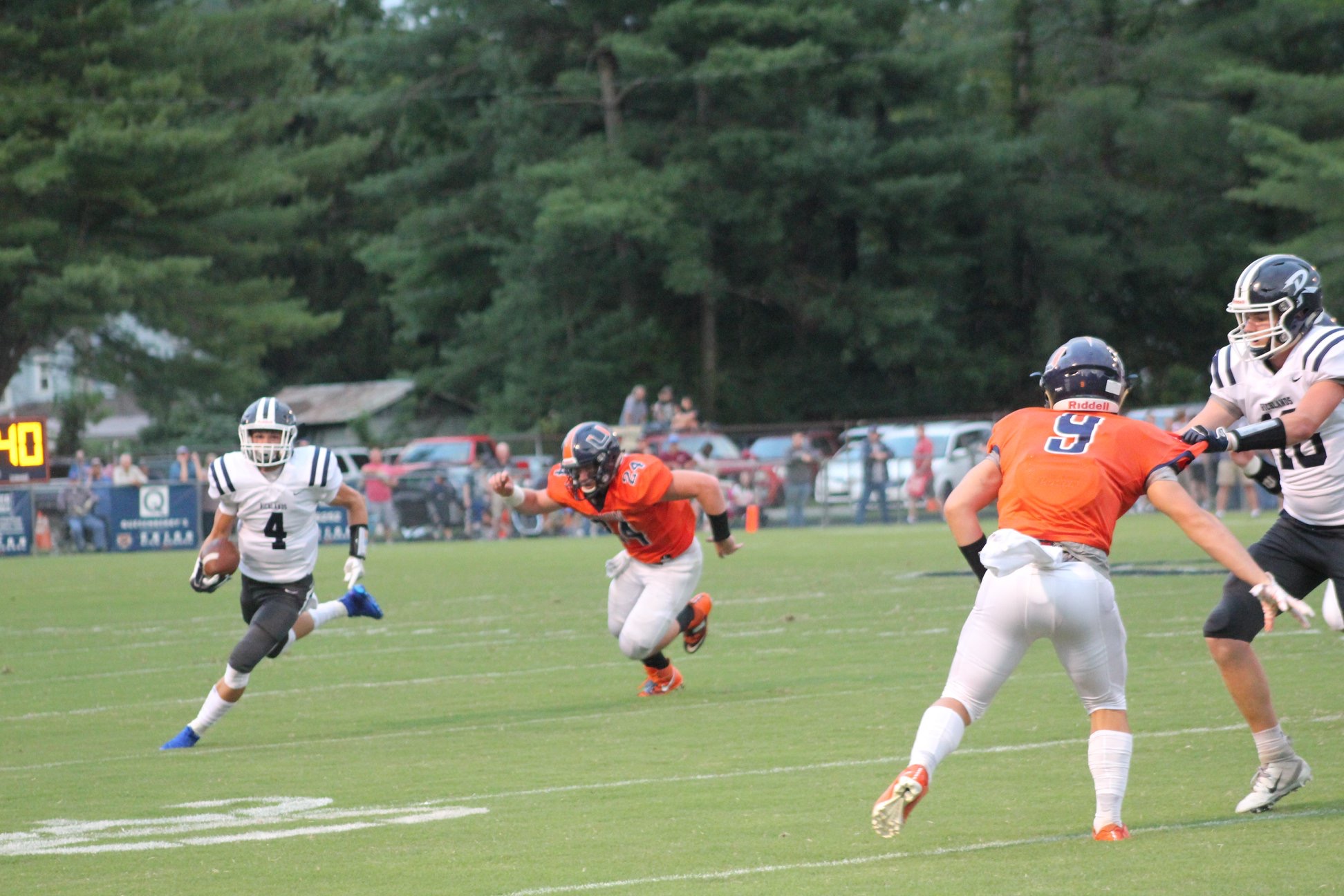 Three straight Polier runs and he found himself back in the endzone. PAT was no good and the Bears held a 13-3 lead with 6:02 remaining in the game. Four plays into the next Richlands drive, Jenkins struck again. This time stepping front of Cade Simmons pass to set up shop at the Tornado 33 yard line. After a 23 yard run from Polier, Bryce Guerrant slipped in the endzone from 9 yards out. PAT from Koby Crist was true and the Bears extended their lead to 20-3 with 2:25 to play. Jenkins wasn’t done as he capped off the evening with a 35 yard pick six with 2:10 remaining in the game to seal the 26-3 victory.

Jenkins and the Bears secondary picked off Simmons three times in the fourth quarter. Daemi Lester added an interception and Alex Rasnick was a blanket on the Tornado receivers.

Jenkins finished his night with 7 tackles on defense, 2 interceptions and a blocked field goal. “We knew how big this game was and we wanted to bring a lot more energy this week.” stated Jenkins. “Our db’s came to play tonight, our whole team came to play, i have to give credit all the way around. A lot of people are doubting us this year and to make a statement like we did tonight can show people we can beat anybody on any given night.” 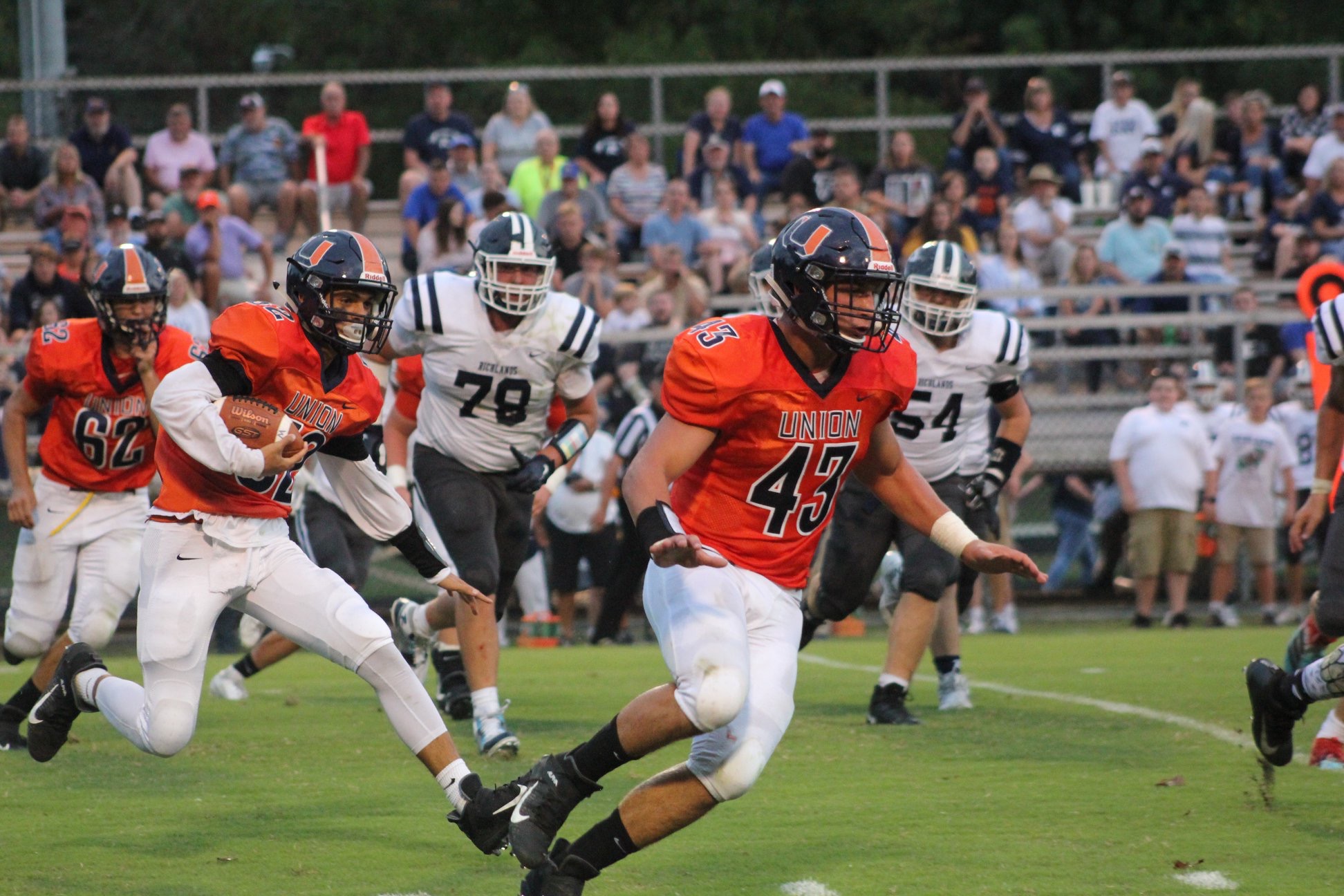 Senior Mason Polier earned every yard he gained on the ground as he finished with 96 yards rushing on 20 carries with two touchdowns. “We just wanted to keep chipping away, keep punching them and we knew something was going to open up.” stated Polier. “It’s always good to beat a good team. This is going to build our confidence, it’s huge. We’re going to enjoy this one this weekend and next week we’re going to clean things up and get ready for Letcher County.”

Guerrant added 53 yards on 9 carries to go along with a touchdown while Zavier Lomax tallied 63 yards on 12 totes. Union improves to 2-0 and prepares to travel to Whitesburg next Friday to square off with Letcher Central at 7 p.m. 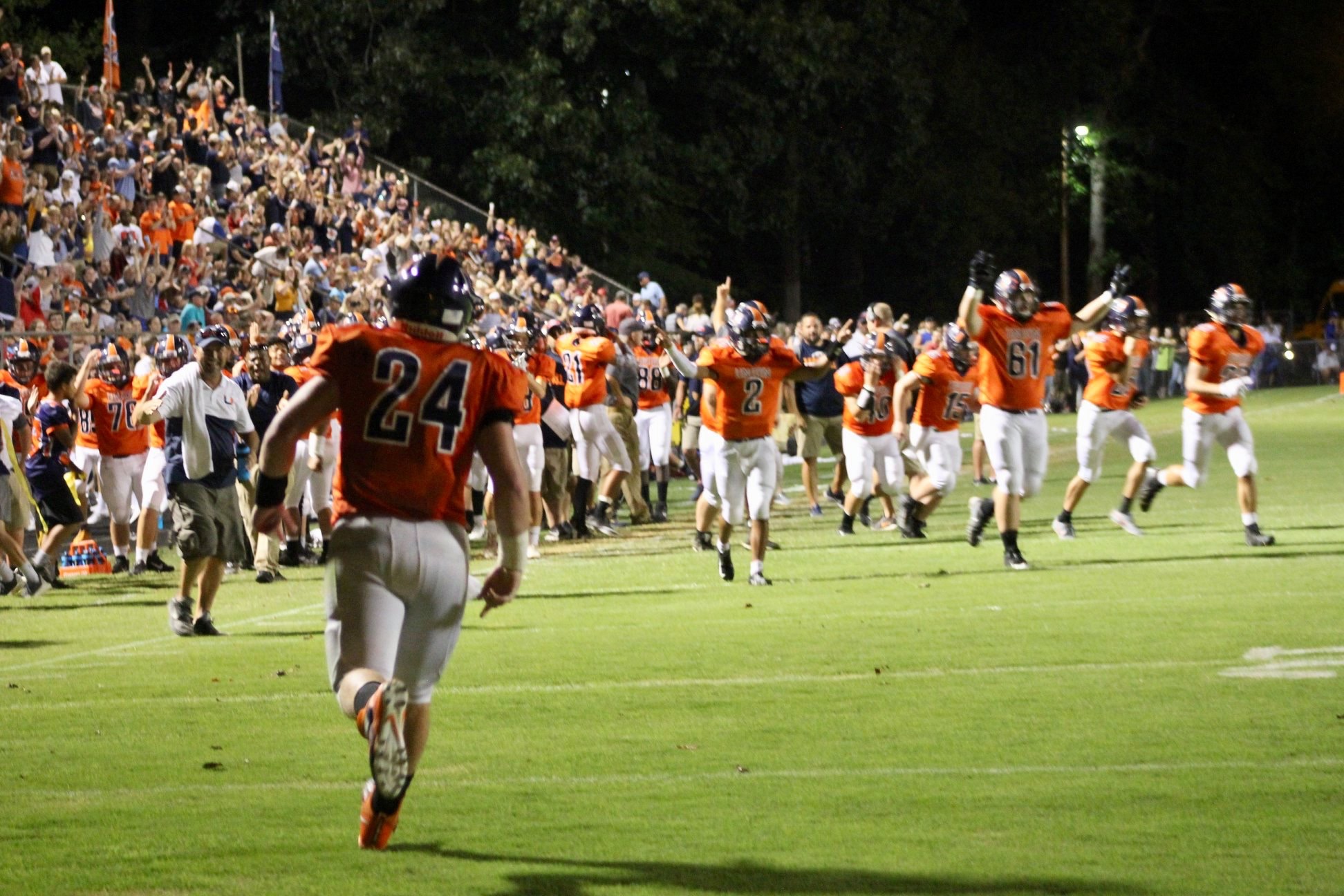