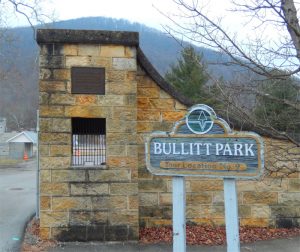 This one has been a thriller since inception.

The average margin of victory in the series is 3.2 points.

The line at Bullitt Park will be long. The seats will be at capacity.

It is just another Richlands and Union matchup.

A week ago, the Gate City Blue Devils upset Richlands at Ernie Hicks Stadium by a score of 34-29 to keep Greg Mance’s career win total at 199.

The Blues had flash in kicker Levi Forrest as he set the school record for the longest field goal made with a 59-yard shot in the first quarter. The Blue Tornado kicker also connected on a 54-yard field goal and a 25-yard field goal on the night. Richlands senior quarterback Cade Simmons was 16-of-31 through the air with 220 yards passing in his debut. Sage Webb also returned a punt for a touchdown for Richlands.

However, the Blue Tornado defense allowed 391 yards in the loss.

Union demolished Lee High last week in Mountain 7 District competition by a score of 41-7. The Bears amassed 416 yards on the ground as five different players made it into the end zone last Friday. Bryce Guerrant led the offensive attack with 153 rushing yards and two touchdowns for Union.

In a series that dates back to 2011, Union holds a 6-3 edge. The Bears have won the past three meetings. Richlands looks to get Mance his 200th career win on Friday while also getting its first win in Big Stone Gap since the series opener in 2011.