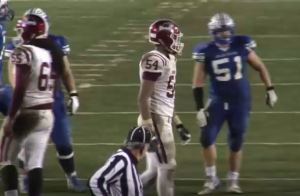 The Bluefield Beavers traveled to Wheeling Island Stadium with hopes of defending their state title and becoming the first team in school history to win back-to-back titles.

The Polar Bears of Fairmont Senior High School had other ideas.

Behind the strong arm of Connor Neal and the tough running of Breeden Gilbert, the Fairmont Senior Polar Bears are state champions for the first time since 1946.

All eyes were on the offenses leading up to this rematch of the 2017 state title game. The balanced Beavers showcased three rushers who accounted for over 3,000 yards and 40 touchdowns combined, while the Polar Bears were led by Neal, who had thrown for over 3,400 yards and 45 scores.

While this game did have its offensive fireworks, the game started out as a defensive struggle.

Fairmont Senior received the opening kickoff and after a few plays was forced to punt the ball to the Beavers. After three plays, the Beavers returned the favor.

That’s when the offense kicked in. After picking up 25 yards on the first two plays of the drive, Fairmont Senior’s Rhett Heston took a handoff and went 49 yards to paydirt, putting the Polar Bears on the board first. The two-point conversion was no good, as Fairmont Senior held the 6-0 advantage.

The Beavers’ offensive woes continued on the next drive and Kaulin Parris was forced to punt the ball back to the Polar Bears.

On this drive, Neal showed why he is the most prolific passer in Fairmont Senior history. The senior quarterback marched his team downfield, finding one open receiver after another, before finally lofting a perfect pass to receiver J.D. Smith in the end zone for a score.  The successful point after attempt made the score 13-0 in favor of the Polar Bears midway through the first quarter. 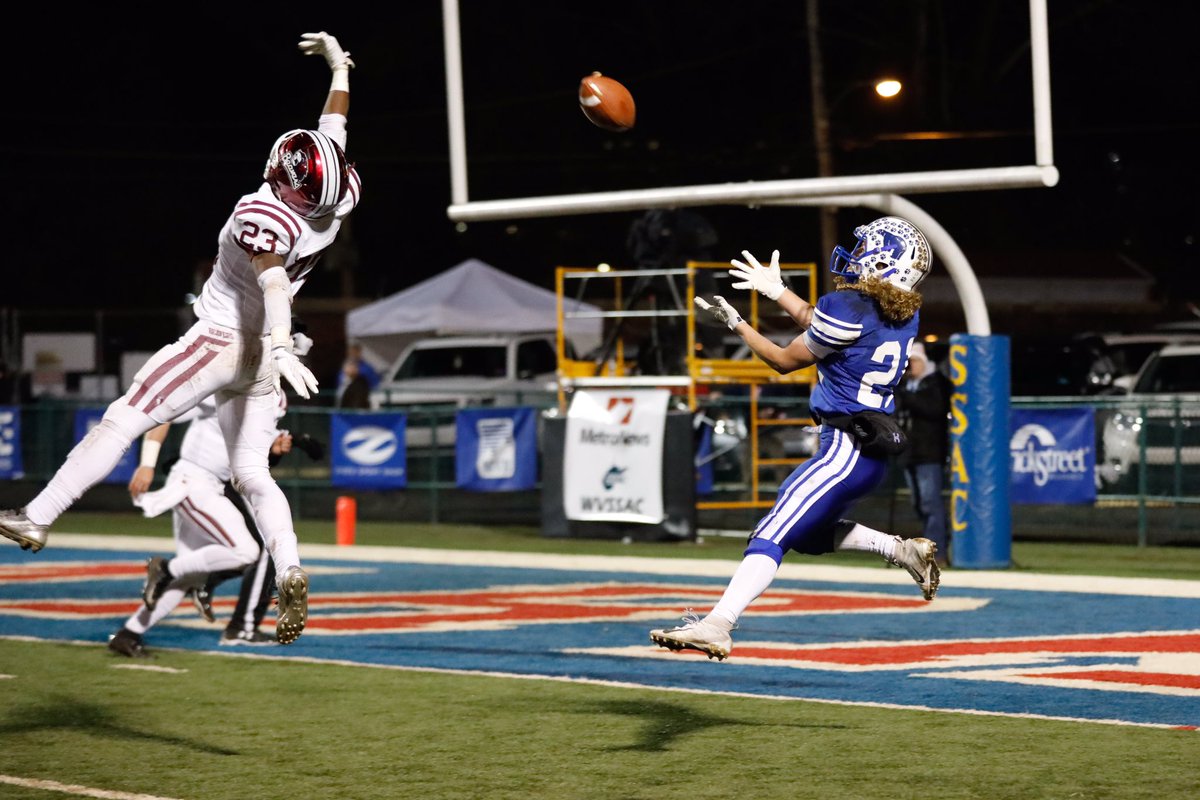 Coach Nick Bartic’s team was not done there. With a rout on their mind, the Polar Bears once again traveled the length of the field for a touchdown, this time on a two yard rush by Gilbert.

Early in the second quarter, Fairmont Senior had already scored the most points on Bluefield all season, as they held a 20-0 lead.

The Beavers, however, were not ready to concede defeat. After tough runs by J.J. Davis and Juice Edwards, Chandler Cooper faked a handoff and launched a pass downfield to the open arms of Ronnell Blevins for a 58-yard touchdown. Parris’ kick was good to bring the deficit to 20-7 for the team from southern West Virginia.

Fairmont Senior then took possession and proceeded to call on Heston and Gilbert to milk the second quarter clock. After what was a nine minute drive, Bluefield’s Sean Martin sacked Neal on fourth down to keep the score 20-7 going into the half.

In the second quarter action, Fairmont Senior tacked on a field-goal to push the lead to 16. Bluefield answered back with a 44-yard touchdown pass from Cooper to Isaiah Johnson to cut the score to 23-13. The two-point conversion attempt failed to keep the Polar Bears advantage at two scores.

After forcing a punt, Bluefield tried to capitalize off the momentum. In one of the game’s most exciting plays, Cooper pitched the ball to Edwards who launched a pass downfield to a wide open Bluefield receiver. The ball, however, was underthrown and was intercepted by Fairmont Senior’s Exavier Posey. Posey returned the ball 22 yards before he was hit and fumbled the ball where Bluefield’s Deiyante Powell was there to recover. 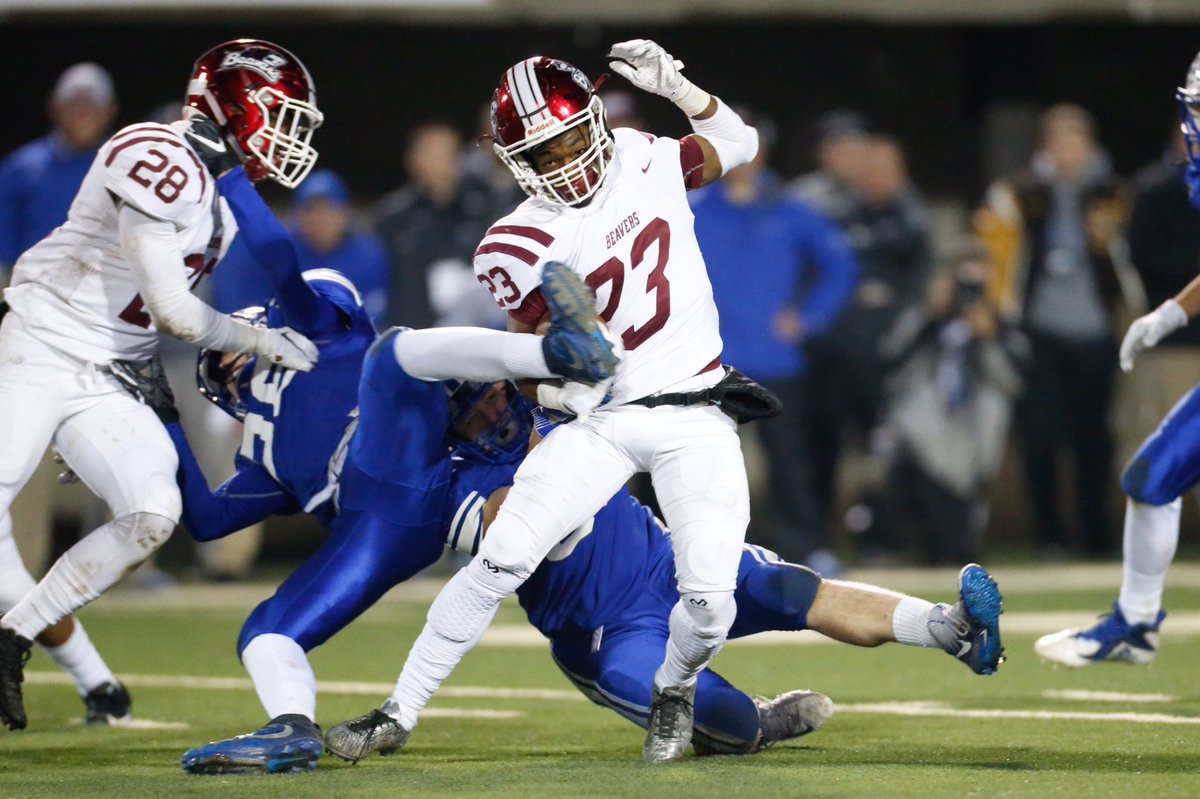 Once again, the Beavers had the momentum, but a few plays later Chandler Cooper mishandled the ball on a quarterback sneak and put the ball on the turf. The Polar Bears took over and ran out the majority of the clock to assure theirselves a 14-0 season and the first state championship in 70 years.

Cooper led the Beavers on the night, completing 7-of-14 passes for 146 yards and two touchdowns, while Edwards finished his last game as a Beaver with 111 yards rushing. Sean Martin anchored the defense for the 10-2 Beavers with 15 tackles and two sacks.

Gilbert led the way for the Polar Bears on the night, finishing with 115 yards on 22 carries and a touchdown rush, on his way to being named MVP of the game. Heston finished the game with an even 100 yards and a touchdown, while Neal completed 13-of-19 passes for 187 yards and a score for the victors.