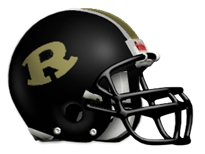 Not many people expected Radford and Appomattox to still be playing this late in the post season. Radford finished 2017 with a 2-8 record and did not make it into the post season. For Appomattox, even though they won their third-straight state championship last year, many expected them to have a rebuilding season as they lost most of their talented senior athletes. From the looks of it, the Raiders just reloaded, being led by underclassmen. The top-seeded Bobcats lack experience as well, but both teams found ways to utilize their young talent and now they get to face each other in the Region 2C championship.

Radford (11-1) rolled Gretna last week 20-7 in a rematch from week four. Sophomore running back P.J Prioleau led the Bobcats with 135 yards on 17 carries. Prioleau got the momentum going for Radford in the first 20 seconds of the game. He took the ball on a motion sweep around the right side and vanished down the sideline for 82 yards. The Hawks only chance of stopping Prioleau was in a one-on-one match with their linebacker but the elusive running back was too much. Prioleau scored all three touchdowns for Radford in their 22-0 shutout over Fort Chiswell in the first round of the playoffs. The 1,500 yard-rusher has 16 touchdowns on the seasons.

The Bobcats have a stellar defense to go along with their offense. Since their only loss to Galax in week two, Radford has only allowed 7.3 points per game. They have held eight opponents to seven points or less thus far.

Appomattox (11-1) hopes to continue their streak of winning against 2A competition. The last time they lost to a school in their division was back in 2014. Since that loss, the Raiders have an astounding 54-2 record, with their only two losses coming to 3A powerhouse Heritage.

Appomattox advanced with a 24-21 victory over Glenvar. The Raiders racked up 272 rushing yards against the heavy Highlander defense. Freshman quarterback Tre Lawing rushed for 49 yards and threw for 73 yards. The bruiser running back Cristian Ferguson rushed for 60 yards on 16 carries. Like Prioleau, Ferguson is creeping up on the 1,500 mark for rushing yards.

For the third straight week, Appomattox will play a team from the Three Rivers District.

The winner advances to the state semifinals and gets to host the Region 2D champion, Graham or Richlands.