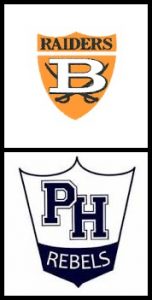 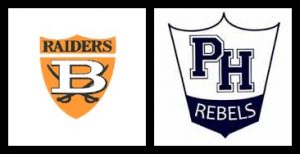 J.I. Burton, fresh off a first round victory over Holston, faces a much stiffer task this week when they travel to take on the 10-1 Patrick Henry Rebels in the 1D semi finals. Burton is riding the wave of momentum of nine straight wins but the Rebels are no strangers to long winning streaks. Patrick Henry started the season with eight consecutive victories before falling to the Region D favorite Chilhowie. The Rebels bounced back and carry a two game winning streak into the game.

The two squads are polar opposites on the offense end. Burton, behind senior leader Houston Thacker, is not afraid to air the ball out and attack defenses vertically. Thacker’s favorite target is Derrick Allen, who caught a touchdown pass last week. The Raiders are no one trick ponies, as bruising fullback Mikey Culbertson and freshman Najee Steele are capable of gaining large chunks of yards on the ground behind a veteran offensive line.

It is not secret what the Rebels will do on offense. Run the football.  Led by the duo of Zach Brown and Cody Smith, the Rebels wear down opposing defenses by using the two outstanding backs to pound on the defense. Brown is the unquestioned number one option for coach Mark Palmer’s offense but Smith is no backup. In their opening round contest, Brown rushed for 148 yards on only seven carries (21 yards per rush) while Smith added 115 yards. As a team, the Rebels finished with 362 rushing yards.

Both defenses figure to have their hands full with the opposing offenses. Burton has been stout on defense all season long but have been lights out over the past four games. In those contests, no team has scored more than six points and two teams were shut out. During that strerch, Burton is allowing a measly three points per game.

The Rebel defense has not been as dominant but has been successful nonetheless. In their last four wins, the Rebels allowed seven points per game.

Whichever team can impose their offense on the other will most likely advance to the Region D title game.

Tale of the Tape: