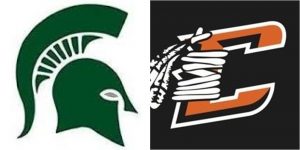 Chilhowie starts its quest for their first state title since 1970 this week in their playoff opener when they host the Eastside Spartans in a rematch from week seven. The Warriors rolled the Spartans in Coeburn, 46-7 in the regular season. This week may prove to be more difficult for Eastside, as the 8th seed must travel to Chilhowie for their date with the undefeated Warriors.

Chilhowie has been laser focused all season long after suffering a lopsided loss to Riverheads in the state title game in 2017. The Warriors, who completed their first undefeated regular season since 1971, returned almost their entire team for the 2018 campaign and have had one goal all season long: make the return trip to Salem and bring home a state championship. Behind the explosive running of Greg Sanchez, who posted a second consecutive 1,000-yard rushing season, and signal caller Zack Cale, the rope throwing, athletic senior quarterback, the Warriors ran over the regular season competition. Chilhowie was not in a close game all year, defeating every opponent by at least 23 points and not allowing more than 23 points in any game.

The Spartans, on the other hand, come into this contest as a major underdog. At 4-6, Eastside sneaks into the Region D, 1A playoffs as the final seed after an up and down regular season. While dominating their conference opponents, the Spartans struggled with opponents outside the Cumberland. They were 4-1 against conferences foes but was 0-5 against non-conference opponents. While first year coach Mike Rhodes’ squad knows it enters Friday’s game not expected to compete, there is talent on the Eastside roster. Quarterback Jordan Rasnick, the CoalfieldSports offensive player of the week for week eight, is a veteran leader under center who has exploded for big games at times this year. While Eastside only managed four wins, they were competitive in every contest sans Chilhowie, never losing by more than 16 points to anyone else and had three of their six losses by one possession.

It will take Eastside playing by far their best game of the year combined with Chilhowie playing their worst for a potential upset. Both teams are aware that anything can happen in playoff football.

Chilhowie coach Jeff Robinson, a front-runner for Region D 1A Coach of the Year, is 2-1 in playoff home openers.

Eastside coach Mike Rhodes is in his first season at the helm for the Spartans, leading his squad to the postseason in his rookie season.

The two teams have never met in the playoffs but the Warriors are 2-0 lifetime against the Spartans, winning by 31 points per game.