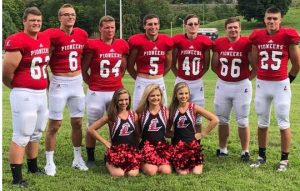 The Tazewell Bulldogs (2-7) make the drive down US Highway 19 to face the Pioneers (1-8) on Senior Night in Lebanon. Kickoff is scheduled for 7:00. The Bulldogs won the last meeting by a final score of 53-0 in Tazewell and lead the series 18-14. Both teams have had to contend with small rosters and similar struggles so far this year. Tazewell is coming off 36-22 loss to Grundy while the Pioneers fell to Richlands 52-18 last week. Despite the rainy forecast, there’s sure to be fireworks as each of these teams are eager to wrap up their seasons with a W.

Lebanon will be saying farewell to several seniors tonight, and Coach Michael Webb truly appreciates their efforts. “Very proud of our seniors for not quitting on me. Even from the preseason when a bunch of kids chose not to play this year. Proud of their hard work all spring and summer. Wouldn’t trade them for any kids in our school or any other school.” The Pioneer faithful will be recognizing them tonight and showing their appreciation for the hard work these young men have put in. Cole Stoots, Seth Stanley, Gabe Figueroa, Luke Horton, Brady Waugh, Jeremy Rosenbaum and Josh Williams will take the field with their teammates for the last time tonight. 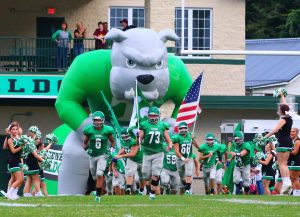 Tazewell has a talented group at the skill positions. QB Jamir Blevins is strong armed and very capable of throwing the deep ball. WRs Mike Jones and Josiah Jordan are his primary targets and have made their share of plays for the Bulldogs all season. Jordan has proven himself to be the offensive swiss army knife having served as a WR/RB/QB. Jones is the speedster and proven deep threat. Tazewell’s running game is a two-headed monster with RB Chancellor Harris right at the 1,000 yard mark on the season and freshman RB Mike Jones. Jones has already won player of the week honors here at Coalfield Sports earlier this season. There is a lot of big play potential offensively for the Bulldogs. Line play on both sides of the ball has been an issue for them at times. 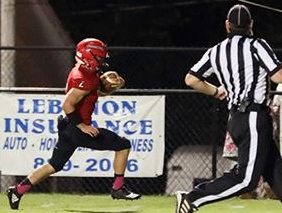 Lebanon’s offense is certainly no stranger to big plays, and much like their opponent…… it all starts on the ground. Coach Webb’s keys to the game? “Establish our run game and we must tackle better than we have this entire season.” Senior RB Seth Stanley logged 289 yards and 2 rushing TD’s last week in Richlands and is very capable of leaving the 1,500 yard mark in his rear-view mirror tonight. Defensively, Stanley and WR/DB Cole Stoots both have a nose for the ball and are very sound tacklers. A very rangy safety, Stoots will be patrolling the air and looking to create a turnover or two. The Pioneers will need Brady Waugh and Jeremy Rosenbaum to play big and cause a lot of disruption in the trenches. QB Casey White, in his first season at the helm of the offense, and only his second season playing football, continues to develop and will be looking to get the ball downfield to Stoots and fellow WR Casey Martin. Both have done an excellent job blocking downfield for Stanley and will need to have solid games tonight. It’s been a tough season for the young Pioneers but they are up for another fight and Webb knows it, “I’m very proud of our kids, they have grown up a lot. Faced a lot of tough games and have hung in each and every week. We are gonna finish a tough season with a big win Friday.” Lebanon has played hard all season regardless of the score but Webb refuses to take credit for that, “The kids always play hard for four quarters. I think that’s more about them, their family values, and their character than anything I do.”