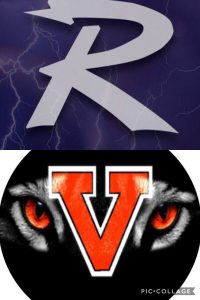 Friday night at Gene Malcolm Stadium will be a night of emotion and reflection for the Virginia High seniors and their families as the Bearcats welcome the Richlands Blue Tornado on senior night.

It will also be a night that features a matchup between two teams that many people consider to be darkhorses as we approach the Region 2D playoffs next week.

The winner of this game will lock up the number five seed for the playoffs, with a potential trip to either Grayson County, Graham or Union in the first round.

Richlands (5-4), led by one of southwest Virginia’s all-time greats, head coach Greg Mance, comes into Friday’s matchup after dismantling the Lebanon Pioneers, 52-18. Coach Mance’s Blue Tornado features a lethal one-two punch on offense in senior quarterback Race Moir and senior running back Trey Brown. The duo combined for five touchdowns last week and have been the leaders all season for the Richlands offense against southwest Virginia’s toughest schedule.

The Blue Tornado also features one of the top kickers in the entire state in junior Levi Forrest, who regularly makes field goals from over 40 yards. Forrest also broke the Richlands school record earlier this season with a kick made from 52 yards.

The Bearcats (5-4) head into Friday night’s matchup after taking care of business in Marion last week, 27-12. The Bearcats are led by sixth year head coach Michael Crist. After seeing some inconsistency for most of the year on offense, coach Crist and his staff have developed a successful formula in recent weeks in the two-headed rushing attack of speedy freshman Stevie Thomas and the powerful senior Aaron Rose who have combined for over 1,500 yards this season.

Richlands leads the all-time series 36-28-2, including 15 straight wins dating back to 2000. Last year’s matchup saw a defensive battle that Richlands won 12-7 on a late touchdown from Moir.

Don’t forget, Bearcat fans, you can listen to this week’s game on your favorite device at spreaker.com/bearcatradio