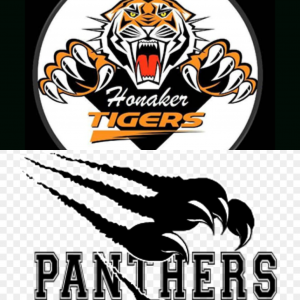 Honaker: The Tigers came out of the gate strong in 2018 with a 3-0 record. However, the tide has turned for Doug Hubbard’s gang, as the Tigers have went 1-4 since. Honaker has been tested over that five game span, with the losses coming to Grundy, George Wythe, J.I. Burton and Patrick Henry. The Tigers have one of the tougher schedules in 1A. Honaker looks to bounce back after taking a “old-fashioned whipping” at the hands of the Patrick Henry Rebels. Zach Brown and Cody Smith guided Mark Palmer’s crew to a 46-15 victory over Honaker in a very underwhelming crowd at Fuller Field. Trevor Dye rushed for 132 yards and a touchdown for Honaker in last week’s bout. Chandler Hubbard added 75 yards on the ground for his father while reeling in 32 yards and a touchdown on the receiving end for Honaker. Dye only needs 24 yards against Northwood to push him over 1,000 yards for the second consecutive year. Levi Miller only needs 199 yards through the air to reach the 1,000 passing mark himself. The odds are promising on Friday against Northwood.

Speaking of Mark Palmer, Honaker will face a Mark Palmer pupil in Chris Duble on Friday. 2018 has been a season to forget for Duble and the Panthers. After knocking off Twin Springs on the road in week one, the Panthers have dropped seven straight. It has been a defensive struggle for the Panthers in a season in which the defense is allowing 43.6 points per contest. The offense has had some of the same woes, only averaging 14.3 points per contest. Take away the win against Twin Springs and losses to Marion and Twin Valley and Northwood has only hung single digits on the board. Freshman Gage Hogston has shown promise for the Panthers with all the growing pains that come with it. It is senior night in Saltville. Expect emotions to be high, however that may not be enough for the Panthers.