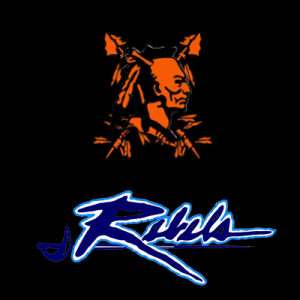 Patrick Henry:
Coach Mark Palmer has his Rebels sitting at 8-0 for the first time since 1997. Patrick Henry’s success can be contributed to their two workhorses in the backfield, Zach Brown and Cody Smith. In the Rebels most recent win, a 46-15 thrashing of the Honaker Tigers, Brown had himself another impressive performance. The senior tailback finished with 199 yards on 12 attempts with four touchdowns. Smith was no slouch, as he chipped in 138 yards on the ground with two scores. Ben Walch kicked a 40-yard field goal to round out the Rebels scoring over the Tigers. Patrick Henry is currently second in the Region D 1A standings, only looking up at Chilhowie.

Chilhowie:
Chilhowie has picked up right where they left off from last season’s state championship game appearance. The Warriors, last season’s state runner up, returned 20 starters and are 8-0 and leading the region D standings. Coach Jeff Robinson’s team is led on offense by four year starters in the backfield, Zack Cale & Greg Sanchez. Cale is a true dual-threat as the Warriors signal caller. In Chilhowie’s most recent game vs. Eastside, Sanchez led the team with a game-high 199 yards rushing on 13 attempts and two scores. Will Russell and Anthony Blevins each scored twice for Chilhowie, as well. The Warriors backfield combined for 463 rushing yards in the impressive win. Logan Branson, the reigning Region D defensive player of the year, is once again leading the Warrior defense. 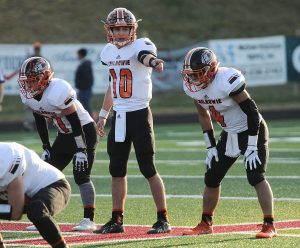