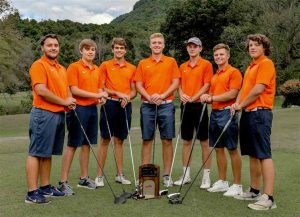 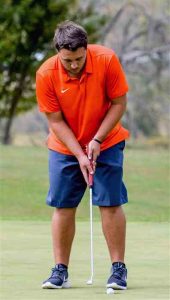 The wait is over.

The Union Bears finally added their first state championship as the golf team won the 2018 2A championship on Tuesday.

What began as a close tournament, ended in a blowout with the Bears’ combined score of 303 was 23 strokes better than that of second place Wilson Memorial.

The Bears were led by Austin Schlobohm, who tied for the overall lead with a 73, but lost a one shot playoff to finish second individually.

No Bear shot higher than a 90. Schlobolm finished at 73, Evan Blanton was one shot off the lead at 74, Wes Slagle shot a 77, Cole Stanley shot a 79 and Matthew Dupree rounded it out by shooting an 89.

It was the first state title for Union High School since consolidation, and the first boys title in Wise County since the schools consolidated. The girls have been extremely successful, bringing home several state titles in girls basketball for the county but now the boys are on the board with this golf championship.